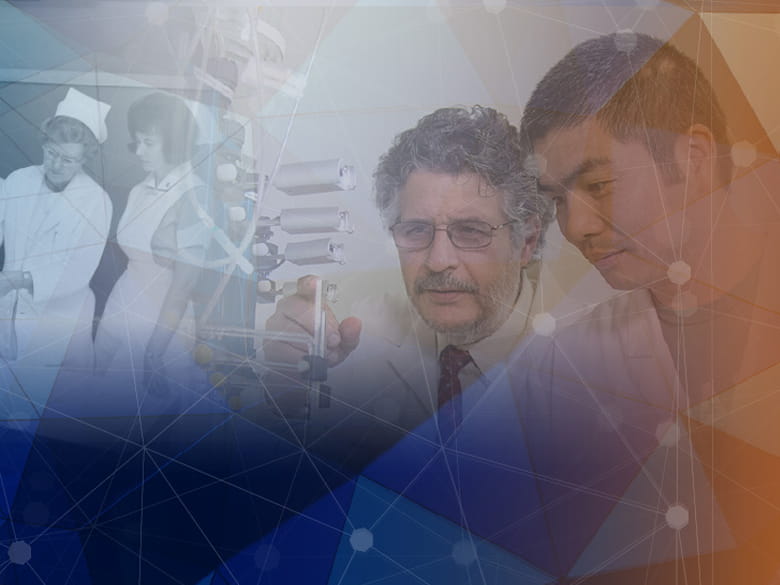 The College of Nursing and Health Innovation will be celebrating its 50th anniversary beginning this fall. The kick-off begins with the unveiling of a new 50th Anniversary webpage, where visitors can stay up to date on the latest upcoming events, submit their stories and photos, and learn more about the College’s rich history at UTA.

The roots of the modern-day College of Nursing and Health Innovation originally date back to 1906, when the City County School of Nursing on Fourth and Jones was established, which in 1955 was renamed to the John Peter Smith Hospital School of Nursing. This diploma nursing program had an excellent reputation for preparing graduates for nursing positions in hospitals and similar institutions throughout the Dallas Fort Worth Metroplex and Texas.

Fifty years ago, in 1971 the School of Nursing in Fort Worth was approved and saw its first students in 1972, becoming the sixth UT System School of Nursing. It was then that the program transitioned from a diploma program to a baccalaureate nursing program. Later, in 1976 the program would officially move to Arlington. The Department of Kinesiology was also first established in 1971 at UTA, with the name the Department of Health & Physical Education.

“What a momentous time to be in the College of Nursing and Health Innovation,” shared Elizabeth Merwin, CONHI dean. “It is a very special time to be a student or staff member within our College as we honor 50 years of nursing and kinesiology education. I am excited for the year ahead, as we have several events planned for our students and alumni to commemorate this milestone.”

The College invites its community of students, alumni, donors, partners and other stakeholders to stay involved this coming year:

“This 50th anniversary is an opportunity to celebrate and honor our rich history at UTA. It is a chance to look back at the 50 years of academic excellence we are known for and to begin looking ahead to how we will help shape the next 50 years,” shared Elizabeth Merwin, CONHI dean.