The UTA Trombone Choir is an ensemble consisting of 8-18 trombonists who meet as an extension of the trombone studio. Typical repertoire ranges from Renaissance transcriptions to the latest contemporary works and has included premieres of pieces by UT Arlington student composers.  The pedagogical focus here is on refining ensemble performance skills such as blend, balance and intonation, in a like-instrument setting and with the intent of improving section playing which will transfer to other traditional large ensembles such as wind ensemble and orchestra.  Trombone choir typically meets once a week.  The UTA Trombone Choir generally performs once or twice each semester and has appeared with a number of guest artists, as well as winning the International Trombone Association's prestigious Remington Competition and subsequently appearing at the International Trombone Workshop. 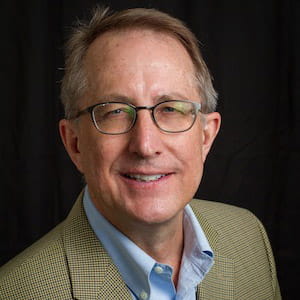 Bio: Dennis Bubert, trombone, teaches applied trombone, brass class, and conducts the trombone choir at UTA. He previously taught at Texas Christian University and the University of North Texas. His former students hold positions in major and regional orchestras, military bands, and schools and universities across the United States. Mr. Bubert is a graduate of Illinois Wesleyan University and the Meadows School of the Arts at Southern Methodist University and has done post-graduate study at the University of North Texas. His principal teachers include Edward Kleinhammer and Arnold Jacobs, both long-time members of the Chicago Symphony Orchestra Mr. Bubert has been the bass trombonist of the Fort Worth Symphony Orchestra since 1981. He previously held the same post in the New Mexico Symphony Orchestra and has performed with virtually every major ensemble in the Dallas/Fort Worth metroplex, including the Dallas Symphony Orchestra and the Dallas Opera. He has also played at a number of music festivals in this country and appeared as a recitalist/clinician in the US and abroad. "I try to teach with the complete musician in mind--physical, mental, and musical--and encourage my students to be as much involved as possible with the musical aspects of performing while de-emphasizing the physical process of creating that performance. It's important for them as musicians to be very involved with artistry, and minimally involved with mechanics." In addition to his dual roles as teacher and performer, Mr. Bubert is also the originator and editor of the "Orchestral Excerpt Class" column in the quarterly Journal of the International Trombone Association.