The Imagery of Revolution

In his new book, Language and Metaphors of the Russian Revolution: Sow the Wind, Reap the Storm, Associate Professor of Russian Lonny Harrison examines metaphors for revolution in the storm, flood, and harvest imagery in Russian literary works.

Pasternak’s novel, like his poetry, centers on the ecstatic beauty and creative power of life. Emotional states are mirrored in the weather and environment, or vice versa. The Revolution is welcomed by Yuri Zhivago, who views it with awe, like the spontaneity of weather—an unleashing of elemental force (stikhinost’), for better or worse, creative or destructive, but always profound in its impact. Unlike the trope as it appears in canonical Soviet literature, where elemental force or spontaneity are tempered by class consciousness, the most essential part of life for Zhivago is the living, breathing consciousness that springs from inner vitality [...]

The preponderance of weather imagery in Doctor Zhivago is more than a reflection of the protagonists’ inner emotional life. Zhivago is awed and inspired by its power, but he must struggle against it to survive. The flood is the beautiful, perennial force of life associated with the heroine Lara Antipova. But the storm of revolution is relentless, destructive, and inhumanly cruel; it transforms people into pitiless ideologues. [...] An exasperated Yuri Andreevich concludes that men who are not free are prone to idealizing their bondage—but he keeps it to himself in order not to hurt his friends’ feelings.

Decades earlier, Pasternak had poetically illustrated how Lenin gave agency to the storm. Impressed with his striking charisma and oratorical skill, Pasternak wrote a poem depicting his memory of the Bolshevik leader at the Ninth Party Congress in July 1921. Lenin enters “Like the compressed sphere of a storm/Flying smokeless into the room.” His speech pierced the poet’s neck with sparks “Like the rush of globe lightning”; his words were “of engine oil”; and Lenin himself is likened to a “rapier thrust.” Later in a draft excerpt from the 1950s, Pasternak would call him the “voice of the great Russian storm,” who “allowed the ocean to rage,” while “the hurricane passed over with his blessing.” Similarly, in Doctor Zhivago, Yuri places the likes of Lenin in a special category, observing that wars and revolutions are like history’s yeast, produced by fanatical men of genius. But it wasn’t the military genius alone who transformed the world. Referencing War and Peace, he doesn’t think Tolstoy spelled out the limitations of the great man theory of history quite enough. Revolutions might be made by fanatical men of action, but the spirit that inspired them is worshipped long after. Zhivago longed nostalgically for earlier days, when the revolution had seemed like a god unto itself, a particular sort of madness for that point in time only, but not a confirmation of any political theory or Party. Such were the events of 1905 and the first weeks after February 1917, depicted in the novel as part and parcel of the organic whole encompassing the weather and environment, flowing social movement, and the private lives of individuals. i 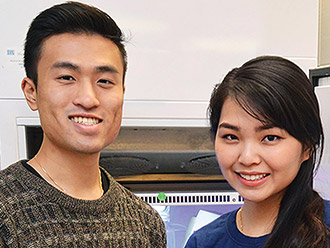 During their final year at UT Arlington, biology students Dustin Luu and Hillary Vo achieved something few undergraduates have. 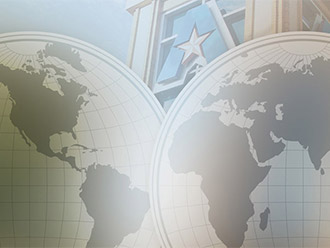 UT Arlington broke ground this spring on a new research and teaching facility aimed at enabling a more holistic approach to human wellness. 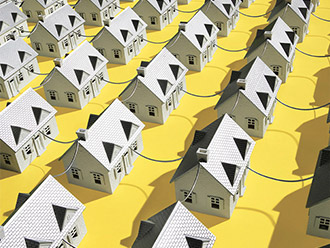 As Texas moves toward a “smart grid” energy delivery system, companies are rushing to find the best ways to balance...