Whether they’re creating films that impart empathy, finding ancient tools that clarify history, or assessing educational practices that may do harm, researchers at UT Arlington are helping shape a better future. By Amber Scott

SEVERAL YEARS AGO, in a small fishing village in Peru, Daniel Garcia was scouting locations for a film. One afternoon, he came across an old woman selling ice cream. As he struck up a conversation, he did what he does best: listened. The ensuing chat—about how as a young girl, she wanted to fish like the men in her village but wasn’t allowed after she reached a certain age—inspired his film Pescadora, which would go on to win several awards, including Best Short Film at the HBO New York International Latino Film Festival.

For Garcia, an assistant professor at The University of Texas at Arlington, that initial act of openness, of really listening to someone’s story, is the basis of what he does as a filmmaker. He believes that when we give someone our time and approach their stories with love, we develop empathy—and this is how transformational change happens.

Garcia’s art is one example of how creators and researchers alike at UTA are exploring the human experience from every angle, interrogating what makes us who we are and bringing those things to life—through art, community outreach, education, and more. It’s work that crosses disciplines, transcends boundaries, and, ultimately, uplifts us all.

When the University updated its Strategic Plan 2025, it codified the importance of this work by adding a fifth pillar to its research portfolio: Culture and Societal Transformations. As Pranesh Aswath, interim provost and vice president for academic affairs, notes, the addition of the research theme doesn’t mean it’s a new area for the University; instead, it affirms the work that’s already being done.

“It crystallizes the importance of this particular theme in the broader University context,” says Dr. Aswath, who served as an ex officio member of the planning committee that developed the new theme. “As an institution embedded in a large metropolitan area, we’re uniquely positioned to address all the challenges that come with that, which include social justice, equity, health disparities, and more. We as a university can be a neutral player and help people and communities heal.”

For some UTA researchers, helping communities means starting in their own backyards. When the city of Arlington expressed a need to bring its citizens together in the wake of nationwide civic unrest following the murder of George Floyd, the City Council tapped Jason Shelton, associate professor in the Department of Sociology and Anthropology, to lead its efforts. As chair of the Arlington Unity Council, he oversaw a 30‑member group charged with examining racial and ethnic disparities within the city and making recommendations to address them.

The council ultimately received input from over 300 residents and community leaders through interviews, focus groups, and town hall meetings.

“We let the data speak for itself—the good, the bad, and the ugly,” Dr. Shelton says. “It allows people to see problems and a need for change. Reasonable people are still going to disagree, but the data helps us find a middle ground.”

The city has already implemented several of the recommendations from the council’s final report, which won a 2021 Cultural Diversity Award from the National League of Cities.

Given the extraordinary diversity of both the city and the University, Shelton points out that “in a lot of ways, we have the ability to be a blueprint for how America, as it becomes increasingly racially and ethnically diverse, can maintain equality. That’s really the challenge before all of us.”

A pair of researchers in the College of Education is tackling what’s known as the preschool-to‑prison pipeline, a phenomenon where students of color, and particularly Black children, are exposed to higher rates of suspension and expulsion, overrepresented in subjective disability categories, and referred to law enforcement at higher rates.

Associate Professor Ambra Green and Assistant Professor Amanda Olsen are looking at disability and race in the education system to identify how to disrupt that pipeline. Much of their research involves collaboration with pre‑K‑12 schools to identify practices that lead to harmful student disciplinary decisions. By replacing these with proactive, positive alternatives based on empirical evidence, they hope to increase students’ academic achievements and reduce undesired behaviors.

Drs. Green and Olsen’s findings often demonstrate that students of color who have or are at risk for disabilities have significantly less access to positive practices and receive more harmful disciplinary ones from their teachers when compared to their white peers without disabilities.

“It is important to critically study the intersection of disability, disability risk, and race in the field of special education,” Green says. “By doing so, we can ask challenging questions about the status quo and the policies and procedures that play a role in transforming our society and culture.”

The researchers are putting their expertise to work by partnering with Head Start of Greater Dallas to provide coaching to preschool teachers on using evidence-based practices. The Meadows Foundation, a private philanthropic institution, is providing funding.

Diving Into the Past

Ashley Lemke, assistant professor of anthropology, is also interested in societal transformations, but she’s approaching the subject from a unique vantage point: deep under the waters of the Great Lakes. By examining relics of the past to gain insight into human behavior, her work can tell us a lot about patterns of human connection that still persist today.

In her interdisciplinary, multi-institutional study, Dr. Lemke and her colleagues explored an underwater archaeological site at Lake Huron. She and the team found something incredible: stone tool artifacts dating from 9,000 years ago that originated from an obsidian quarry in central Oregon, more than 2,000 miles away. These flakes represent the oldest and farthest east that confirmed specimens of western obsidian have ever been found in the continental United States.

“These very small pieces have very large stories to tell,” says Lemke. “No one person walked all the way from Oregon to the Great Lakes, so these little flakes tell us something about social connections. Humans would have traded these pieces or passed them on, which is evidence that they were hanging out and making connections with people from far away.”

Lemke says finding these links between the past and present are what continue to drive her work.

“When we study culture and societal transformations of the past, we often discover that people back then were not so different from people now,” she says. “Even though the things I study are pre‑history, it’s all really relevant to human behavior today.”

For Diane Jones Allen, a professor in the College of Architecture, Planning, and Public Affairs, studying historical patterns is essential to enacting societal change. As a landscape architect, her work centers on place and the way built environments shape our lives.

Because of that, her research often focuses on Black communities. Historically, the places where Black people live have tended to become more desirable to others over time, which results in the Black populations being shifted out—and shifted, and shifted again. It’s a phenomenon that we can currently see playing out today in Dallas and Fort Worth Freedmen’s towns—historic Black communities founded by freed slaves after the Civil War.

In 2021, Dr. Allen and co‑investigators Austin Allen, associate professor of practice, and Kathryn Holliday, director of the David Dillon Center for Texas Architecture and professor of architectural history, began creating a “design playbook” for historic Black settlements in North Texas, including Joppa/Joppee, The Garden of Eden, The Bottom, Mosier Valley, Bear Creek, and Bonton. The aim of the project is to provide guidance to these and similar towns on how to preserve their history while also adapting for the future.

For the better part of the year, the team spent time in the communities, talking to residents and gathering data. But Allen notes that the biggest impact came when she and her co‑researchers organized roundtables that allowed locals to share their stories, discuss their shared challenges, and find solutions.

“It’s ultimately about empowerment,” she says. “When we bring these communities together and get them talking, they find this collective power that allows them to make real change happen.”

As Diane Mitschke will tell you, a key part of empowerment for any community— and particularly for the more vulnerable among us—is access.

“We know that access to resources like health care, schools, jobs, and social support is a key indicator of a community’s well-being,” says Dr. Mitschke, associate professor and associate dean in the School of Social Work.

Through her work with immigrant and refugee communities, she has seen firsthand the impact a lack of access can have. She’s addressing the challenge by looking at which factors are most important to new Americans when it comes to deciding where to live.

“By understanding the value that new immigrants and recently resettled refugees place on specific community resources, we can guide city planning efforts to support their health and wellness,” she says.

As a researcher, Mitschke seeks to make a direct and positive impact on the people she works with.

“Ultimately, community empowerment must be led by the community itself,” she says. “Recognizing and appreciating the unique constellation of diverse cultures and communities is essential to the work that we do as a university to engage and empower individuals to thrive in society.”

WITH THE ADDITION of Culture and Societal Transformations as a major research pillar for UT Arlington, work in this arena only stands to grow and deepen.

“What all great universities do, and especially great public research universities like UT Arlington, is connect what they do to society,” says Dan Cavanagh, College of Liberal Arts interim dean. “The work that happens at a university, whether it’s through the educational process or through research and creative activity, is crucial to the advancement of us all.” i 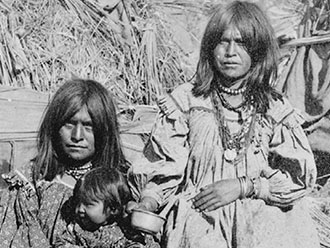 Pasternak’s novel, like his poetry, centers on the ecstatic beauty and creative power of life. 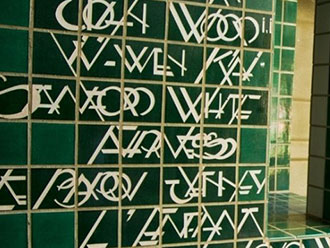 In the summer of 2021, UTA joined eight leading U.S. schools and colleges of architecture, planning, and design in co-founding the Deans’ Equity and Inclusion Initiative. 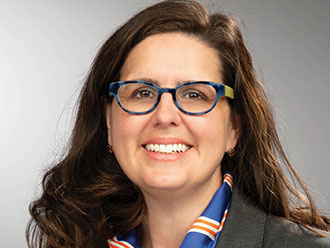 In early 2022, the University of Texas System chancellor announced the appointment of Jennifer Cowley as the next president of UT Arlington.