UT Arlington is taking an interdisciplinary, collaborative approach to making public transportation more accessible and equitable for all. By Dana Jennings

IN 2019, AMERICANS took 9.9 billion trips using public transportation, a helpful indication of the size and scope of these systems in the United States.

Yet nearly half of all Americans have zero access to public transportation.

With expansive public transit networks growing bigger and faster around the globe, the U.S. is falling behind, leading to persistent economic, social, and cultural disadvantages for large swaths of the population. In a nation rooted in forward movement, why are we standing still? How can we do better?

A diverse collection of researchers from The University of Texas at Arlington is investigating just that, utilizing innovative, data-driven approaches to rethink and reframe public transportation development so it supports equitable systems that serve all of us, not just some.

Filling in the Data Gaps

“The United States’ transportation infrastructure is not competitive,” says Ali Abolmaali, chair of UTA’s Civil Engineering Department. He points to the country’s historically low grade (a C‑) on the American Society of Civil Engineers’ (ASCE) 2021 Infrastructure Report Card. The state of Texas didn’t fare much better, earning a C.

“Bringing technology into transportation is the future; it’s necessary for our longevity,” he says.

With the rising prevalence and availability of autonomous vehicles, it can feel as though the future of technology in transportation is already here. But the reality is that the data collection we rely on to inform our transportation systems is stuck in the past.

Sensor networks are available in transportation infrastructure but come with a variety of drawbacks. Capturing a more complete picture of what’s happening on our roads is key to making the future of transportation planning a truly data-driven practice.

“Public agencies are continually collecting data, but traffic sensors cannot cover all roads, only the major ones. This means that potential problems in local residential communities are not being well-reflected in the data, possibly causing an equity issue,” says Taylor  Li, assistant professor of civil engineering. “Transportation management is driven by data, but only communities where data is rich can be represented in scientific conclusions. Without data, transportation agencies may end up relying on conjectural, sometimes biased, judgment.”

Dr. Li is using seed funding from UTA’s Center for Transportation Equity, Decisions, and Dollars (CTEDD) to study an emerging data source that may fill the gaps in public agencies’ sensor networks.

Auto manufacturers are increasingly equipping vehicles with cellular service for integrated roadside assistance, like GMC’s OnStar. These cellular modems continually deliver robust data like location, speed, and braking intensity back to the manufacturer.

Previously, this connective vehicle data (CVD) was used exclusively by car makers to identify performance improvements. Once it became available in an anonymized form, however, Li saw potential for it to be combined with public data to improve our picture of transportation systems.

“The accuracy of this data is unprecedentedly high, so I knew it was going to be a game-changer,” he says. “With CVD, we can directly measure things we were having to guess in the past.”

In its solutions for improving the nation’s infrastructure grade, the ASCE notes the importance of making use of public-private partnerships to close the urban and underserved community resource divide. UT  Arlington is taking on this challenge by using autonomous vehicles to fill in gaps and increase access to public transportation in Arlington, a city that has historically avoided traditional public transit systems.

In partnership with the city of Arlington, a UTA team led by Sharareh “Sherri” Kermanshachi launched a new public transportation pilot program downtown and on campus that features autonomous vehicles.

The goal of Arlington RAPID (Ride-share, Automation, and Payment Integration Demonstration) is to provide a blueprint for combining autonomous vehicles and mobility-on-demand technologies to develop more effective, efficient, safe, and accessible transit networks in low-density settings where traditional fixed-route transit is impractical. To that end, RAPID is integrating fully autonomous vehicles into Arlington’s existing Via on‑demand ride-share service.

“So many students and Arlington citizens use Via because they do not have a personal vehicle, which makes this program extremely important to them,” Dr. Kermanshachi says.

Stephen Mattingly, Noelle Fields, and Kate Hyun have teamed up on two concurrent projects funded by the U.S. Department of Transportation (USDOT) aimed at increasing equity in transportation planning practice by better accounting for disadvantaged communities—in this case, environmental justice (EJ) populations, which in Texas are defined as low-income and/or minority groups.

Like Li, the researchers have found that part of the problem with transportation inequity is the lack of complete, representative data.

“The people who need public transportation the most aren’t captured in the data used for modeling; their voices aren’t heard,” says Dr. Hyun, an assistant professor of civil engineering. “We’re often so focused on making systems faster and safer that we fail to consider inclusivity.”

As fellow civil engineer Dr. Mattingly notes, the challenges of insufficient data are compounded by transportation engineers’ and planners’ “major privilege bias”—from which he was not exempt. After discussing the issue with Dr. Fields, a social work associate professor, “I got hit upside the head with a thunderbolt realizing all the ways we’ve come up short,” he says.

“Large problems require an interdisciplinary strategy,” Fields explains. “In social work, we understand the impacts of deficient public transportation. By joining with engineering, we can better work toward a solution.”

The researchers started by collecting data from EJ communities and stakeholders on their first- and last-mile transit needs. They also identified the consequences transportation gaps have on the population’s well-being in terms of health and access to opportunities. Next, they created performance measures to assess these gaps and disparities, which they’re now applying to Dallas County. Additionally, they’ve conducted a case study of Dallas Area Rapid Transit that includes an equity analysis of the impact of innovative first- and last-mile alternatives, such as hybrid ride-sharing models, bike-share programs, flexible routing, and smaller transit vehicles.

As Hyun puts it, effective transportation doesn’t start at the bus or train stop; it starts at home. How people get to and from public transportation should thus be factored into infrastructure planning.

“Older adults, for example, have to consider whether the walking path to the transit stop is safe or if it’s been maintained to accommodate their walkers and wheelchairs,” she says. “It’s important we understand the diverse needs, challenges, and barriers of all populations.”

Additionally, while different groups may be considered “transportation disadvantaged,” that doesn’t mean they’re disadvantaged in the same ways or have the same needs.

“Well-designed interventions can be crosscutting,” Fields says. “Livable communities are for everybody, and solving a problem for one group can solve the problem for others, too. In joining social work and engineering together, we have the ability to directly apply the research to the real world even while the research continues to progress.”

In just over five years, UTA has received more than $51 million from USDOT and the Texas Department of Transportation for nearly 150 research projects. CTEDD, a USDOT Tier‑1 University Transportation Center, is a driving force behind public transportation research, emphasizing the intersection of technology and policy for real-world applications.

Li, Hyun, and Fields all agree that UTA is distinguished in transportation research because of its interdisciplinary, untraditionally collaborative approach. The University’s location in North Texas, where it’s surrounded by booming construction and transit industries, offers a leg up, too.

This far-reaching, diverse response to public transportation is necessary to confront such a large issue. Maria Martinez-Cosio, interim dean of the College of Architecture, Planning, and Public Affairs, argues that transportation is an equity problem with serious repercussions for individuals and communities.

“Access to jobs, health care, and civic opportunities is necessary for economic advancement, and public transportation is a critical piece of that access,” she says. “The location of available jobs may not be near the potential pool of personnel to fill them; this spatial divide is particularly evident for low-income individuals, who can’t always afford to get to those job opportunities.”

While the value of public transit is clear, the stigma against it—such as fears of increased noise and crime—often stymies any meaningful implementation.

“Public transit is not a detriment; it’s an asset,” says Dr. Martinez-Cosio. She emphasizes the importance of policy to increase buy‑in from all communities affected by the establishment of new transportation systems.

It all comes down to the fact that public transportation is about more than just making sure a person can get from place to place.

“We need to consider whether someone can access opportunities to thrive, not just survive, within economic and temporal constraints,” Mattingly says. “This is a battle worth trying to fight, because if we never try, things never change.” i 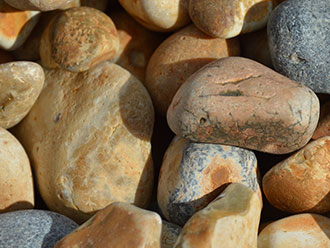 The sustainability of green industry products

Is there a hidden cost to “sustainable” products? A social scientist at UT Arlington is exploring that question by studying... 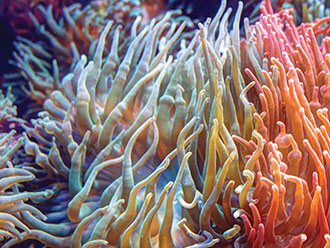 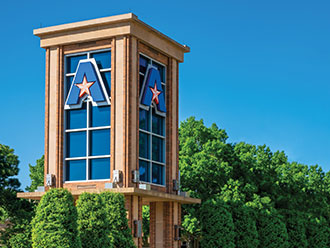 Top Tier In its quest to qualify for the Texas National Research University Fund, UT Arlington revamped its research...