On the road to success, there are often many paths from which to choose. Fortunately, Deanna Johnston had the help of The University of Texas at Arlington and its strong Greek community to aid her way. After graduating from high school, Johnston was excited to begin the next chapter in her life, though she didn’t have a clear career goal in mind.

When one of her close friends announced she was planning to attend UTA, Johnston decided to join her.

Though initially unsure of what she wanted to study, she knew the importance of community and soon found one to call her own at UTA. She and her friend decided to “rush” a sorority in the fall of 1988.

“Bid Day my freshman year, when I joined Delta Delta Delta, is among my favorite UTA memories,” says Johnston, who is now chief information officer at Ansell. “The Greek system was a strong, instant community that enriched my experience in countless ways and made UTA feel like home.”

It was thanks to that community and her time as a UTA Ambassador that Johnston began to feel more integrated at UTA and learned valuable lessons about friendship, leadership, and teamwork. And it was through a connection in the Greek community that she received her first internship and started on her career path.

More than 25 years later, with a litany of impressive titles on her resume, Johnston still utilizes lessons she learned during her time studying finance in UTA’s College of Business.

“I am actually surprised at how many fundamentals I still leverage on a daily basis,” she says. “I veered somewhat away from my degree in finance, but those essentials apply to almost any business leadership role.”

Johnston’s education isn’t the only aspect of her time at UTA that endures; her sorority sisters remain among her closest friends.

“Last year we had a nostalgic reunion weekend in Fort Worth with over 35 alumni,” Johnston says. “Many of us are still very close.”

The School of Social Work will be able to train more addiction recovery specialists under a new $1.3 million grant from the U.S. Health Resources and Services Administration as part of its Opioid Workforce Expansion Program. 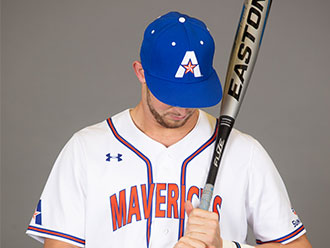 There was plenty of optimism heading into a new season of Maverick baseball, and the team certainly did not disappoint, posting a stellar start.

As a member of UTA’s men’s tennis team, junior marketing major Eduard Simo had seen his fair share of volunteer work while serving on the Student Athlete Advisory Committee at UTA.