Kathy Schoonover-Shoffner (BSN, Nursing) is the director of the Nurses Christian Fellowship and editor-in-chief of the Journal of Christian Nursing.

UTA is a great university, and my master’s degree helped open doors throughout my life, including an executive position by age 30.
—Beth Barrett
('07 MS, Geology), Consulting Project Manager at Strategic Project Management LLC

Jim Fant (BBA, Business) has been named executive managing director of acquisitions for Westmount Realty Capital LLC in Dallas. Prior to joining Westmount, he spent 12 years as senior vice president at Addison-based Behringer.

Tobi Jackson (BA, Physical Education) has been elected president of the Fort Worth school district's Board of Education.

Rhonda Harris (BS, Civil Engineering) was awarded the Water Environment Association of Texas Lifetime Achievement Award. She is a member of UTA's College of Engineering Board of Advisors and vice president of Tata and Howard.

Anthony Horton (BS, Management and Economics; '92 MS, Accounting and Finance) was named to the board of directors for EXCO Resources Inc. He is chief financial officer and executive vice president of Energy Future Holdings Corp.

Kevin G. Sneed (BS, Architecture) has been named a fellow of the American Institute of Architects. Sneed is partner and senior director of architecture with OTJ Architects in Washington, D.C.

Doris Jackson (BSN, Nursing) was included in the International Nurses Association's Worldwide Leaders in Healthcare publication. She is a specialist ICU nurse, cardiac nurse, and a legal nurse consultant for Jackson & Associates.

Bryant Wyatt (PhD, Applied Mathematics) provided the keynote talk for the Research Council on Mathematics Learning 2017 Conference in Fort Worth. He is a professor of mathematics at Tarleton State University.

Steve Macdonald (BA, Journalism) was honored with the Defense Meritorious Service Medal for his accomplishments as Future Operations deputy director of the Navy Supply Corps from 2014 to 2017. He is now an executive officer with the Naval Sea Logistics Command in Mechanicsburg, Pennsylvania.

Tim Wadham (PhD, Comparative Literature) is the author of The Queen of France, a Junior Library Guild selection.

Matt Childs (BS, '99 MS, Civil Engineering) has joined HawkeyePedershaab Concrete Technologies as vice president of sales for North America. Childs was president of the American Concrete Pipe Association for the last 12 years. He is credited with expansion of the association.

UTA’s diverse student body is one of the keys to its success and value in the Dallas-Fort Worth area and beyond. I’m proud to be a Maverick!
—Sean Kimiagar
(’13 MS, Geology), Geology Analyst at Upstream A&D

Riyad Alsaid (BS, Management Information Systems) was named executive director of technology for the Rockwall Independent School District. Previously, he worked for the Dallas ISD where he was the Food Services Department Director of Technology.

Holly Reed (BFA, Art) wrote the lyrics and music for Come Find Me, a Christmas musical presented at the Brookfield Theatre in Brookfield, Connecticut.

Rakesh Narayanan (MBA, '01 MS, Management Information Systems) has been appointed vice president of supplier commerce—Asia Pacific for Sabre Travel Network. He was previously regional director for Sabre Airline Solutions in Southeast Asia and the Indian subcontinent with responsibility for sales and account management.

Sandi McDermott (BSN, '06 MSN, Nursing) has been appointed to the advisory board of the Texas State Alliance of YMCAs. She is director of Tarleton State University's outreach center, which is located on the Navarro College Midlothian campus.

Kenneth Sheets (BA, Political Science) was appointed to the Texas Military Preparedness Commission by Texas Gov. Greg Abbott. He is a civil defense attorney at Payne and Blanchard LLP and is a former member of the Texas House of Representatives.

Jenny Harstrom (BA, Interior Design) has been named principal of Lewis Elementary School in the Forney Independent School District. Previously, she was an associate principal/academic officer at Mabank Intermediate School. She has more than 13 years of experience in education and school administration.

Calandra Eddington (BSN, Nursing) has been admitted to the International Nurses Association. She is a case manager at the Medical Center of Arlington and is on call at Tarrant County College in Fort Worth.

Uma Datla (MBA, Accounting) has joined RSP Permian Inc. as its chief accounting officer. She will be responsible for all aspects of RSP's accounting functions, including financial reporting, internal controls, and operations. With nearly 12 years of accounting experience, Datla previously served as chief accounting officer of Approach Resources Inc., a Permian Basin-focused oil and natural gas exploration and production company based in Fort Worth.

Sayda Major (MSN, Nursing), a nurse practitioner at Parkland Health and Hospital System, was named the 2016 Texas Nurse Practitioners Preceptor of the Year at the 28th annual TNP conference in San Antonio.

Jason Bass (BS, Civil Engineering) has joined MWM DesignGroup as a project manager in the land development group. He has 10 years of experience in a variety of land development projects spanning both public and private market sectors.

My experience at UTA provided me with a lifetime of success. I am endlessly grateful for the professors, administrators, programs, and opportunities that UTA shared with me.
—Ricki A. Chase
(’94 BS, ’96 MS, Biology), Director of Compliance for Lachman Consultant Services

Nick Nelson (MLA, Architecture) was honored by the Fort Worth Business Press as one of the 2017 "40 Under 40" class. The award recognizes successful young professionals who are outstanding in their industries and communities. Nelson is associate principal at Pacheco Koch.

Ross Korkmas (MS, Health Care Administration) has been named a "40 Under 40" honoree by Arkansas Business. The chief operating officer at Medical Center of South Arkansas, he joined MCSA in 2013.

Arun Mohan (BS, Computer Engineering) is a petty officer 2nd class in the U.S. Navy and is serving on one of the world's most advanced ballistic missile submarines as an electronics technician.

Peter Singer (MBA, Human Resource Management) is the chief compliance officer at GIACT Systems, a payment fraud reduction company. He is responsible for overseeing all compliance and regulatory activities. Previously, he was the director of compliance at RealPage, where he led the anti-money laundering team and oversaw all compliance-related initiatives.

Lynn Malkawi (BBA, '16 MBA, Management) wrote an opinion piece for the June 18 issue of The Jordan Times that cites reasons for optimism about the economy in Jordan. Malkawi works in public service.

Stephanie Spahis (BSN, Nursing) is a cardiology nurse at Children's Medical Center of Dallas. Previously, she worked in the neonatal ICU at Medical City Dallas.

Amanda Baskett (MEd, Curriculum and Instruction) is the director of Rockdale Magnet School for Science and Technology in Conyers, Georgia.

Jeremiah Bentley (BS, University Studies) has been named vice president of marketing and customer engagement for Texas Mutual Insurance Co. in Gainesville, Texas. Bentley joined Texas Mutual in 1998 and has served in a variety of roles across the organization.

Maria Moreno Quinones  (BSN, Nursing) serves as a member of the board of the Dallas chapter of the National Association of Hispanic Nurses.

Josh Rader (BS, Exercise Physiology) is offering the FitSTEPS for Life exercise program for cancer patients at his fitness center in Abilene.

As a first-generation American and college student, I can attest to the substantial upward mobility I experienced as a result of my UTA degree.
—Ana Herrera
(’06 BSN, Nursing), Advanced Practice Registered Nurse at Seton Healthcare Family

Leann Denney (BSN, Nursing) was profiled in the May 16 issue of Oklahoma Nursing Times. She is a chemotherapy nurse navigator at the VA Hospital in Oklahoma City.

Last Fermenga (PhD, Physics) described how UTA gave him the opportunity to conduct research at the Large Hadron Collider in Switzerland in an article in Symmetry Magazine. He now works with the technology firm Digital Reasoning in Nashville, Tennessee.

Wayne Snell (MPA, Planning) has been hired as director of neighborhood and inspection services for the City of Lewisville.

Priya Acharya (PhD, Strategic Management) has been elected an associate by the board of directors of Wier & Associates Inc., an Arlington firm specializing in civil engineering and land surveying consulting. 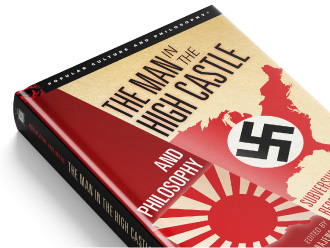 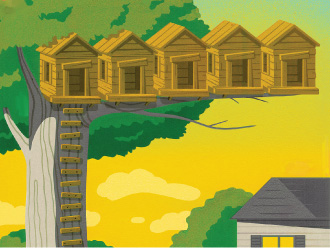 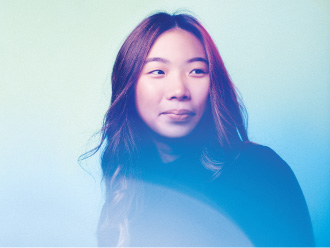 The 2017 fall semester ushered in the biggest, most academically advanced class in UTA’s history. Read on to learn a little more about this new generation of students—and meet a few of them, too.