Serving Up A Championship

The team was undefeated (8-0) in 2021 against Sun Belt competition, doubling its win totals of 4-0 in 2015 and 2016. They advanced to tournament play but lost in the semifinals.

The Mavericks went an impressive 35-7 in individual singles matches against Sun Belt competition, sweeping half of the matches they played. Up until the last match of the season, UTA had not allowed the opposing team more than two points in a match, and that happened just once.

At the season’s conclusion, Carla Pons was named Player to Watch for her breakout performance, which included a career-high 21 singles wins and a perfect 5-0 record in conference play, earning her a spot on the All-Sun Belt Singles Second Team. Momoka Horiguchi garnered an All-Sun Belt Singles First Team selection.

“It’s a big accomplishment to go undefeated in the regular season,” says head coach Diego Benitez. “We’re very proud of the way they handled those big conference matches, and we are excited to bring the trophy home to UTA.” 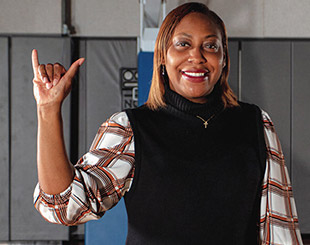 One in eight women will develop invasive breast cancer over the course of her lifetime. For women’s basketball coach Shereka Wright, it’s a statistic that hits particularly close to home. 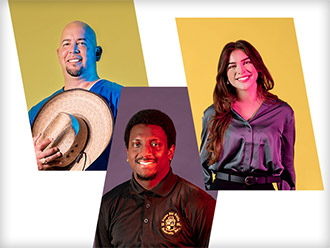 A Chance to Soar

For many academically talented students, only one barrier stands between them and their educational dreams: a lack of financial resources. 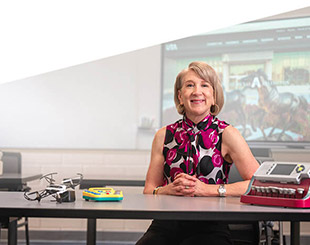 The Maverick community comes together to help students in need

Pam Nicholson (’07 MEd, Curriculum and Instruction) and Teresa Taber Doughty, dean of the College of Education, had an instant connection. Both longtime educators, they recognized kindred spirits in each other.