Brad Jones (’91 MBA, Finance) was appointed interim president and CEO of Electric Reliability Council of Texas (ERCOT) after the state’s catastrophic energy failure in February. Previously, he was appointed by the Public Utility Commission of Texas to assist ERCOT’s newly appointed director of accountability. Retired in 2018 as CEO and president of the New York Independent System Operator, he previously served as COO of ERCOT, chairman of the Edison Electric Institute’s Executive Advisory Committee, a board member of the Gulf Coast Power Association, and a vice president at TXU Energy.

Rev. Leonard Hornsby (BBA, Management) was appointed to fill the vacated District 5 seat on the Tarrant County College Board of Trustees. The district covers south Arlington and Mansfield. Hornsby has been the executive pastor of Bethlehem Baptist Church in Mansfield, Texas, since 2007. He is a member of the board of directors for the Tarrant County Mental Health Association and a field consultant for the Office of African American Ministry, Baptist General Convention of Texas.

Wilma Davis (BS, Mathematics) was honored with the Stephanie C. Hill Legacy Award from the Black Engineer of the Year Award (BEYA) STEM Conference 2021. Each year, the BEYA STEM Conference honors the work of engineers and science, technology, engineering, and mathematics professionals in their industries. Davis is a principal engineer at Bell Helicopter-Textron. She has more than 34 years of software development experience in the aerospace industry, including 19 years with Bell.

James Hawthorne (BA, Journalism; ’10 MA, Criminology) was recognized with the Chief Don Stafford Law Enforcement Award at the 46th Annual Elite News Awards Night in Dallas. The award honors the first Black officer promoted to lieutenant in the Dallas Police Department. The Cedar Hill Independent School District police chief, Hawthorne retired as assistant chief after 28 years with the Arlington Police Department. He teaches a criminal research class at UTA and is a graduate of the FBI National Academy in Quantico, Virginia.

Ann Montgomery (BA, Political Science) was elected as the Ellis County county attorney and district attorney. Her office is responsible for all criminal prosecutions in Ellis County as well as civil matters. She previously served as assistant county attorney for 17 years.

Derrelynn Perryman (BSW, ’92 MSW) was reappointed by Gov. Greg Abbott to the Texas Board of Criminal Justice for terms set to expire on Feb. 1, 2027. She is a therapist and consultant in private practice and an adjunct instructor for UTA’s School of Social Work. She retired from the Arlington Police Department after serving for 21 years as the victim services coordinator and as the victim advocate director for the Tarrant County Criminal District Attorney’s Office. She is a certified peace officer instructor, training officers and first responders.

Froswa’ Booker-Drew (BA, History) was honored by the Dallas Black Chamber of Commerce as Volunteer of the Year. Dr. Booker-Drew has an extensive background in leadership, nonprofit management, partnership development, training, and education. She is the vice president for strategic partnerships at the State Fair of Texas.

Raj Iyer (’94 MS, ’97 PhD, Electrical Engineering) is the first civilian chief information officer of the United States Army. Dr. Iyer is responsible for the Army’s IT portfolio, a global workforce of 15,000 IT professionals, and oversight of an $18 billion annual budget.

Brandon Hayes (BBA, Finance), a specialist in state and local tax consulting, has joined JTaylor as a senior manager. He brings 20 years of proven experience assisting clients in a variety of industries, including oil and gas operations, power generation, manufacturing, health care, hospitality, retail, and grocery. He has helped recover millions of overpaid sales and use tax dollars in multiple states.

Nikola Olić (BS, Computer Science Engineering) showed his photography exhibition “Structural Harmonies: Geometric Structures in Drawings, Prints and Photography” in May through July 2021 at The Museum of Geometric and MADI Art in Dallas.

Rachel Ickert (MS, Civil Engineering) was selected by the Texas Water Development Board to serve on a regional planning group that will work on a flood-control blueprint for the Trinity River basin, which stretches from North Texas to near the Gulf Coast. Due to be completed in January 2023, the project is part of the state’s inaugural flood plan. Ickert is the Tarrant Regional Water District’s water resource engineering director.

Mark Melton (BBA, Accounting; MS, Taxation), a tax attorney and partner at Holland & Knight LLP, began helping people facing eviction during the COVID-19 pandemic. He created Dallas Evictions 2020, gathered volunteer attorneys, built a website, and raised more than $100,000, all of it spent on tenant-related costs. In the works is the Dallas Eviction Advocacy Center with 501(c)(3) nonprofit status.

“Being a transfer and international student, I thought it would be a daunting transition, but it was far from it. Thank you, UTA, for cultivating my inner strengths and getting me out of my comfort zone.”
——Baber Hasan Khan
(’00 BBA, Finance)

Emil Moffatt (BA, Broadcast Journalism) is Morning Edition host and reporter at WPLN-90.3 FM. Previously he was All Things Considered host for WKYU-97.5 FM in Bowling Green, Kentucky, and a reporter and news anchor at WBAP-1080 AM in Dallas. He also spent four seasons broadcasting minor league baseball in Fort Worth.

Trey Kemp (MLA) is a new member of the American Society of Golf Course Architects. He is a golf course architect with Kimley-Horn and Associates in Fort Worth. He worked on the maintenance crew at Dallas National Golf Club while in graduate school. Kemp’s golf course work portfolio spans locations throughout Texas. Previously, he worked at Colligan Golf Design in Arlington and Jacobson Golf Design in Libertyville, Illinois.

Chris Wilde (MBA, Business) is the new CEO of Dunaway, a multidiscipline engineering firm. He has worked at the company as a civil engineer for 18 years. Dunaway has offices in Fort Worth, Austin, Midland, San Antonio, and Farmersville and plans to add Dallas and Houston this year.

John Bielamowicz (BBA, Real Estate) was appointed chair of the Texas State Board of Examiners of Psychologists by Gov. Greg Abbott. He was first appointed to the board in 2016. Bielamowicz is president of Biel Partners Commercial Real Estate and co-founder of United States Mask. He is a member of the Real Estate Council and the North Texas Commercial Association of Realtors. In addition, he is a volunteer pilot for Angel Flight South Central.

Christine Chasse (BSN, ’13 MSN) is in her third year of law school at Texas A&M University. Her article “Caps on Capsules: Prescription for Lower Drug Prices in the United States” was published in Food and Drug Law Journal. She is a legal nurse consultant with Lewis Brisbois Bisgaard & Smith LLP in Dallas, and will take her bar exam in July.

Angel Torres (BA, Political Science) has joined international law firm Weil, Gotshal, & Manges LLP as a Dallas-based associate in the firm’s banking and finance practice. He was named to the inaugural 2021 edition of Best Lawyers: Ones to Watch in the Banking and Finance category.

Brittanie Boyd (MBA) is the new senior vice president of marketing for the Philadelphia 76ers. In 2014, she joined Harris Blitzer Sports & Entertainment, the 76ers’ parent company. Previously, she was co-chair of the company’s Diversity and Inclusion Committee, and she currently sits on the Culture and Development Committee. She is a co-founder of Black Women in Sports and Entertainment.

Maghan Gautney (BS, Economics) was appointed to the governing board of the Texas School for the Blind and Visually Impaired for a term set to expire on Jan. 31, 2027. She is a digital product manager at Capital One. Additionally, she is a member of the American Goat Society and the Nigerian Dairy Goat Association.

J.C. Derrick (BA, Journalism) is the new publisher of Mainstreet Daily News, an online media outlet headquartered in Gainesville, Florida. Previously, he worked at the Longview News-Journal, then moved to Washington, D.C., where he rose from reporter to managing editor, then deputy chief content editor at World News Group, a national news media organization.

Brandy O’Quinn (MS, Real Estate/Sustainability Studies) is assistant director at TechFW. She served as the public affairs senior manager for Blue Zones Project, a communitywide well-being initiative in Fort Worth, and was director of local business development with the Fort Worth Chamber of Commerce. Her consulting firm is Urban Strategies of Texas.

Tonychris Nnaka (BSN) began a new role as a policy adviser to city of Dallas Mayor Eric Johnson. Previously, he worked at Baylor University Medical Center and as associate manager of the tactical care unit dedicated to caring for COVID-19 patients. 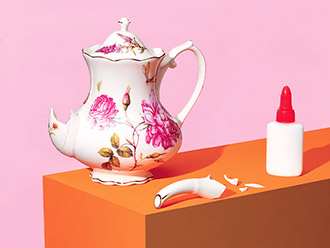 As our nation’s population grows older, UTA leads in its expertise in adult and elder care through strategic collaboration and thoughtful, caring action. 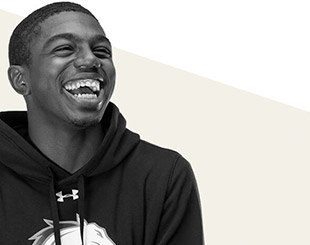 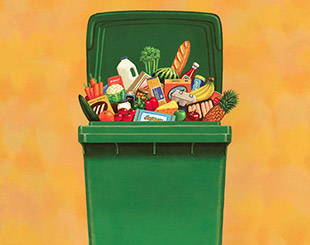 Melanie Sattler is interested in your food—not so much what you eat, but what you throw away.