The Eyes Have It

My research focuses on the intricate interplay between attention and memory. Controlling and sustaining our attention can be quite difficult, especially when there is an abundance of competition for it, and my research lab hopes to determine why this is the case.

Recently, I have been using a technique called “pupillometry” to investigate how our attentional state dynamically changes across time and how that affects our ability to remember. In addition to their primary purpose of controlling how much light hits our retinas, our pupils are affected by the activity of brain systems that implement memory and attention. While people complete challenging computerized memory and attention tasks, we measure their pupil diameter at a high frequency (150 times per second) so we can track small and rapid fluctuations. Interestingly, these pupillary fluctuations tend to correspond to moments of inattentiveness, measured through performance on the tasks.

We are also learning that we can identify people who have a particular difficulty controlling and sustaining their attention via pupillometry. We believe these individual differences will give us insight into the brain systems that underlie clinically significant cognitive deficits and cognitive aging, and thus might be targets for intervention. Specifically, we are working on a theory tethering pupillary fluctuations to differential functioning of the locus coeruleus-norepinephrine system, a nucleus in the brainstem that projects densely into almost all areas of the brain. We believe this system may be crucial for the regulation of attention and its effect on memory.

Much of our work so far as focused on healthy young adults. But in a collaborative project with Hunter Ball, assistant professor of psychology, and colleagues at Washington University in St. Louis, we use pupillometry to understand how attention changes as we enter older adulthood. In one study, we gave younger (age 18-30) and older adults (age 65-plus) a 30-minute reaction time task. This task typically yields a vigilance decrement— people get slower over time because they cannot sustain their attention to it. Interestingly, we found that older adults did not show a vigilance decrement, and their performance was more stable over time than younger adults. Further, older adults’ pupil dilations indicated they exerted greater attentional effort, but those dilations happened significantly later in time than younger adults’. Collectively, these results support a processing speed theory of cognitive aging, but that does not necessarily mean we cannot control our attention as effectively. In fact, our ability to sustain our attention might even increase as we get older.

Matthew Robison is in his second year as an assistant professor in the Department of Psychology. Before coming to UTA, he completed his PhD in psychology at the University of Oregon and two years of postdoctoral training at Arizona State University. He was born and raised in Baltimore, Maryland, and he lives in Dallas with his wife, Emmy, and their two-year-old son, Henry. 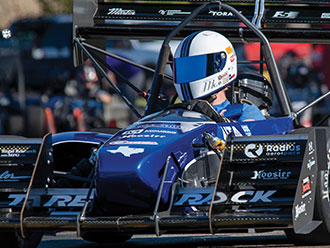 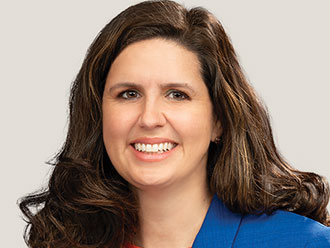 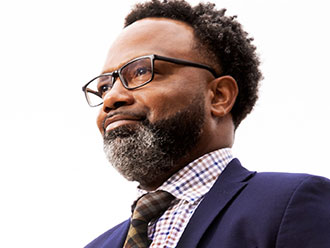 No One Left Behind

After serving their country, veterans at UTA have turned their service-first energy toward each other, working arm in arm as they journey through life after the military.