Domangue was named the Men’s Most Outstanding Track Performer at the SBC meet. He scored a conference individual-best 20 points for UTA with a trio of podium finishes in distance events, placing second in the 3,000-meter steeplechase and third in both the 5,000-meter and 10,000-meter. His steeplechase clocking was the second fastest in conference meet history.

On the women’s side, Ugorji was named the Sun Belt Women’s Freshman of the Year. Ugorji was the runner-up in the 400-meter with a school record and personal best time of 54.01 in the finals.

“Justin and Vanessa were terrific,” says Coach John Sauerhage. “They are very deserving of their honors, and their best races are still ahead of them.”

Both runners were among 15 Mavericks who claimed entrance into the NCAA West Preliminary Round. At the NCAA Championships in June, seven UTA competitors—all graduating seniors—earned a total of 10 All-America honors. 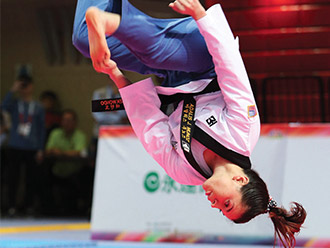 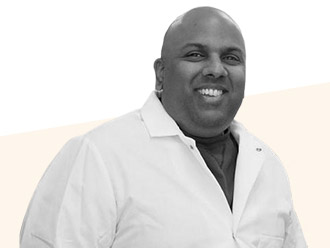 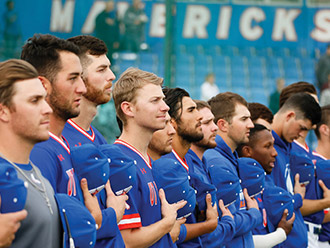