Take Me Out to the
Egame

UTA’s newest varsity team time travels, plays soccer in rocket-powered cars, and battles enemies for supremacy. And as some of the top esports players in the nation, they tend to dominate.
by Ashley Festa

Even as some athletes around the country have to sit out their seasons, esports players at UTA are as competitive as ever—especially after being stuck at home during a summer of COVID-19. “It has been immensely easier to practice,” says Kyle Chandler, captain of the UTA Rocket League team.

“Play time has skyrocketed, so all skill levels are going to be way higher, even other schools’ teams. People are playing more than they’ve ever played.”

Indeed, the players who earn a spot on UTA’s esports team are ranked in the top 1% in the country for one of three games: Rocket League, a vehicular soccer game; Overwatch, a team-based, first-person shooter game; or League of Legends, a multiplayer online battle arena game. To even be considered for varsity team tryouts, players must have achieved a certain rank—Platinum for both Overwatch and League of Legends or Grand Champion for Rocket League.

“To get to that point, sometimes it’s like a full-time job,” says Drew Boehm, assistant director of esports at UTA. “They’re playing eight hours a day, hundreds of hours over a year. In a few years, they’ve played one game for thousands of hours, which adds up to make the best players in the game.”

In tryouts, players compete against each other for an exhausting amount of time. The team practices together about three times a week and regularly scrimmages against other universities. There’s a reason the best players keep logging all those hours: “The games are constantly changing,” Boehm says, “so if you aren’t constantly playing, your skill level will drop.”

But it can’t be play time all the time. Students must meet certain other requirements to remain on the esports team. Like other sports, students must maintain a minimum GPA.

Support the Team
Mav Up! The UTA team would love your support—and you can do it from anywhere for free. Whether the team’s performance is livestreamed at tournaments depends on how well they play in the earliest events, but eventually UTA will host its own livestream at twitch.tv/utarlington. (Bookmark it now!) In the meantime, follow UTA esports’ Twitter account at twitter.com/utaesports to find out where they’re playing next and how you can join in the fun.

“We don’t want them to join the team and then let their grades suffer,” says Boehm, who added that players will be required to meet with professors, have mandatory study hall, or find other ways to bring their grades up if they begin to dip.

Players must also get physical exercise at least three times per week. Pumping iron at the gym isn’t necessary, but a healthy amount of movement is.

“Healthy body, healthy mind,” Boehm says. “If not for anything else, it’s for your brain, especially in esports where it’s such a mental game. We want players to stay well-rounded. Plus, we want to beat the stigma of just sitting in the basement playing video games all day.”

Making it to the big leagues

“They’re playing eight hours a day, hundreds of hours over a year. In a few years, they’ve played one game for thousands of hours, which adds up to make the best players in the game.”

In these tournaments, students play for cash and scholarships. Depending on the game and the tournament, prize pools can range anywhere from $100 to $100,000. UTA students have cashed in several times, once winning about $2,000.

UTA also accommodates players who don’t want to play competitively, hosting an esports club. While it’s casual, the players are also successful. The team swept the 2017 Heroes of the Dorm National Championship. Through the competition, which was broadcast on ESPN, all five team members won free tuition for the rest of their college careers.

Similar to other sports, when students play in tournaments, professionals are watching—and recruiting. But unlike other sports, going from amateur to college player to pro isn’t necessarily a linear progression. Students could go pro straight out of high school and then earn a scholarship and go back to college (and keep playing, of course). One UTA Rocket League player, Cesar Rea—whose player name is Adverse—received offers to play with multiple semi-pro teams, and he joined one of them outside his UTA playing time.

Members of the UTA’s esports team compete in the 2017 Heroes of the Dorm National Championship.

Even if students choose not to play esports professionally, they will still have developed talents that can easily transfer into other careers. Strong communication skills are necessary for esports players and for all facets of life.

“Players also must have really, really good hand-eye coordination,” says Boehm, who added that surgeons who grew up playing video games are more capable at their jobs. It’s true—a 2016 study published in Archives of Surgery linked video game experience with fewer mistakes and faster completion during laparoscopic and other types of surgery in which the surgeon must control medical instruments inside the body using a television screen.

Looking to the future

Boehm has a vision for the future of esports at UTA, including renovating a dedicated space in the Maverick Activities Center. He hopes to get about 20 high-performance PCs for the space and plenty of room for all players, even if everyone is practicing at the same time. His wish list also includes a players’ lounge separate from the gaming space.

“I’m excited about getting a place on campus to practice,” says Andrew Cato, captain of the Overwatch team. “When we can practice in person, it’ll be easier to get coordinated and improve when we’re all together. And my computer specs aren’t very good, so it would be nice to have a better setup to play on.”

While those plans got postponed due to the coronavirus pandemic, Boehm also has other ideas he’s currently working on, such as having their own livestream and inviting students who don’t want to play esports to participate in other ways.

“Maybe they want to go into marketing or broadcast production,” says Boehm, who wants renovations to include a space set aside as a broadcast studio with a green screen backdrop. “Even if they don’t want to go into the esports industry, marketing students or an audiovisual class can get involved and get hands-on experience. It can be a great student-run educational opportunity, like an internship.”

Boehm is eager to work with other departments to welcome students who are interested in social media management, photography, journalism, graphic design, community engagement, and more to see how those experiences can benefit them in their professional careers. For example, broadcast students who help shoutcast esports tournaments will have experience that can translate to sports commentary or anchoring a news program. (Shoutcasters deliver educating and entertaining narratives and commentary for virtual games as they’re being played, similar to typical sports broadcasting.) And it will also bring more attention to the team around campus.

“It will be nice to have someone cast our games,” Cato says. “If we can stream and someone is casting, it builds interest in the team. If someone wants to watch the game, it’s more interesting when someone is commentating and explaining what’s going on because Overwatch can be chaotic and hard to understand.”

In addition, the Kinesiology Department has set up an official internship position. The intern will help keep esports players healthy, educating them about stretching, eye strain, and certain exercises as preventive measures.

Unfortunately, the pandemic has forced the team to play all its games from their own homes rather than in person. While it’s not ideal, Boehm is thankful it’s possible the team can keep playing while staying safe. He also enjoys the camaraderie players can maintain through gaming.

“That’s one of the best things about video games,” he says. “Video games have been viewed as antisocial, but playing is actually a social time. Students are still staying in touch with friends while also doing what they love to do.”

“Video games have been viewed as antisocial, but playing is actually social time. Students are still staying in touch with friends while also doing what they love to do.”

“Our relationships go way further than just playing together,” Chandler says. “One of the guys is my roommate now. You don’t just meet teammates; you meet friends.”

Cato agrees: “Just like any other sports team, you build up a trust and understanding of the other people on your team. That builds friendships pretty quickly.”

Still, the players are looking forward to getting back to playing in person.

“When we’re in person, it adds a new element and it’s a lot easier to get excited,” Cato says. “When it’s online, you know there’s someone behind the name on the screen, but it’s not quite as personal, not quite as intense. Being in the same room with all your teammates and being able to see your opponents, you can hear their emotion and excitement. That’s the most fun for me.” uta 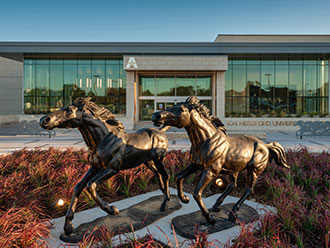 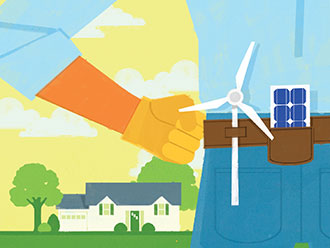 Balancing supply and demand in the electricity market 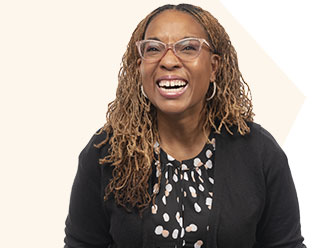 Assistant Professor in Practice, School of Social Work and the Center for African American Studies