Alfred Vidaurri Jr. (BS, ’82 MArch, Architecture) was elected first vice president/president-elect of the National Council of Architectural Registration Boards, which facilitates licensure and credentialing of architects. He is vice president and principal at Freese and Nichols Inc. in Fort Worth.

Roger A. Krone (MS, Aerospace Engineering) was named to the board of directors for Lear Corp. He is CEO of Leidos, a Fortune 500 information technology, engineering, and science solutions and services leader. In 2017, he was named a UTA Distinguished Alumnus.

Shameem “Rumi” Hasán (MS, Industrial Engineering) earned a PhD in technology management from the Business School at École Polytechnique Fédérale de Lausanne in Lausanne, Switzerland. He is a technology manager at Bank of America’s e-commerce division.

John J. Crocitti (BA, History) is the Academic Senate president-elect at San Diego Mesa College in California. He is a professor of history and chair of the Social Sciences Department.

Jesus Alfredo “Fred” Ortiz (BS, Architecture) designed Globe Life Field, the new home of the Texas Rangers. He is a principal and director of sports at HKS Inc.

The late Kalpana Chawla (’84 MS, Aerospace Engineering) was honored when Northrop Grumman named a space station resupply ship after her. Chawla made history at NASA as the first female astronaut of Indian descent, but died tragically with six crewmates in 2003, when Space Shuttle Columbia was re-entering Earth’s atmosphere.

David Stevens (PhD, Mathematical Sciences) is the associate dean for academic and faculty affairs in the Moody College of Business at the University of Louisiana at Lafayette. He is also the Dr. Bernard J. Bienvenu/Dr. Rexford Hauser/BORSF Endowed Professor in Management and the Edward G. Schlieder Educational Foundation/BORSF Professor in Money and Banking.

Corey Doyle (BBA, ’98 MBA, Finance) has been promoted to director of commercial real estate for Affiliated Bank in Arlington, Texas. He is active in many civic and nonprofit organizations, including The Parenting Center, Arlington Chamber of Commerce, Kenya Kids Can, and Habitat for Humanity.

Melanie Self Kroeker (BBA, Management) has been named director of human resources for Fort Worth Housing Solutions. Previously, she served as Trinity Metro’s vice president of human resources and Equal Employment Opportunity officer.

Joli Livaudais (BA, ’98 MA, Psychology) exhibited “All That I Love” at Paper Routes—Women to Watch on Oct. 8 at the National Museum of Women in the Arts in Washington, D.C. Livaudais is a Little Rock-based artist and an assistant professor of photography at University of Arkansas-Little Rock.

Chris Berzon (BBA, Marketing) is a first vice president, financial advisor with Morgan Stanley in Fort Worth. Previously he was with Wells Fargo.

Kelly Heatly (MS, Marketing Research) is a consumer insights consultant and principal of Heatly Custom Research LLC, based in Dallas. In September, she completed her term as president of the Qualitative Research Consultants Association (QRCA), the largest global association of qualitative researchers. A member since 2006, she also served on QRCA’s board of directors as president, vice president, and treasurer.

O. Gustavo Plascencia (BFA, Photography) is dean of visual arts at the New World School of the Arts College in Miami. Previously, he was assistant chair and graduate coordinator in the Department of Studio Arts at the University of North Texas and director of MFA programs at the Memphis College of Art.

Ryan Getty (BA, ’05 MA, Criminal Justice and Criminology) received tenure and was promoted to associate professor at California State University, Sacramento. He is also a retired police officer of more than 30 years, 20 of which were served in Texas. His daughter, Marissa Getty, is a biology major at UTA.

Clifton Beck (MPA) is the new director of human resources for the city of Lubbock. He previously served in the same position for the cities of Amarillo and Odessa.

Rashad Jackson (BS, Architecture; ’08 MS, City and Regional Planning) is the planning and development director for the city of Grand Prairie.

Jason Hurst (MS, Engineering Management) is vice president of innovation at Bell Flight. He will oversee the Nexus aircraft, an air taxi, and the Autonomous Pod Transport. He has worked at Bell Flight for 19 years.

Gloria Loera (MSN) was appointed to the board of directors of YWCA El Paso Del Norte Region. A nurse practitioner, she is an assistant professor at the Hunt School of Nursing at Gardner-Webb University in El Paso, Texas.

Jonathan Cranz (BS, Management Information Systems) was named to the 2020 Fort Worth Business Press’ 40 Under 40 list. He is a public finance attorney and partner with Kelly Hart & Hallman LLP in Fort Worth.

Amanda Potasznik (BA, World Languages) earned a PhD in Urban Education and Policy Studies at the University of Massachusetts-Boston, where she teaches in the Department of Computer Science in the College of Science and Mathematics. She was named to Delta Zeta’s 35 under 35.

Veronica Schnitzius (MBA) is president of Dallas-based American Leather, which boasts a 20% market share of luxury leather furniture sales in the U.S.

John Shaver (BS, Mechanical Engineering) was named a 2020 Rising Star by Civil and Structural Engineer Magazine. The publication said Shaver’s rise is due to “his ability to lead other engineers and quickly adapt to the changing needs of clients.” Shaver is a project manager in the LJA Engineering Energy sector.

Tiesa Leggett (MA, Interdisciplinary Studies) is vice president of advocacy for the North Texas Commission, a public-private partnership that drives large, impactful projects and advocates for regional issues. She will help lead the legislative initiatives.

Solomon Onita Jr. (BFA, Film) premiered his semiautobiographical film Tazmanian Devil in August at the American Black Film Festival. Filmed in North Texas, the coming-of-age drama tells a culture-clash story of a Nigerian teenager from a strict church-going family who moves to Texas and pledges a fraternity as a way to make friends.

Billy Quarles (PhD, Physics and Applied Physics) is a research scientist at the Center for Relativistic Astrophysics at the Georgia Institute of Technology.

“Proud to be a Maverick. Thanks for creating such an amazing environment for inter-national students such as myself to learn and grow.”
—Tony Nguyen
(’15 PhD, computer science)
Software Engineer, Google

Leigh Caudle Whitaker (BA, Political Science) was selected by Super Lawyers as a Rising Stars Honoree for 2021. She earned a law degree at South Texas College of Law and is with Wilson Legal Group PC in Dallas, Texas.

Brandon Waller (BS, Environmental Science), founder and head chef of Bam’s Vegan, is expanding his popular plant-based catering and pop-up business to a brick-and-mortar restaurant. Bam’s Vegan Smoothie and Wraps is set to have its grand opening in January 2021 in Irving, Texas.

Linh Dao (MFA, Visual Communication Design) is assistant professor of graphic and interaction design at California Polytechnic University-San Luis Obispo. Previously, she was a specialist professor at Monmouth University in New Jersey. She has exhibited her work at universities in Texas, Iowa, New York, and the Institute for Art and Innovation in Berlin, Germany.

Abel Misrak (’20 PhD, Mechanical Engineering) received the 2020 American Society of Mechanical Engineers Electronic and Photonic Packaging Division Student Engineer of the Year Award. Only one student is selected each year for the award nationally. He is a senior mechanical design engineer with Tesla in Palo Alto, California.

Pamela Reese-Taylor (BSN) was selected as one of seven health professionals to serve on Dallas County Judge Clay Jenkins’s School Public Health and Education Committee. The committee was created to address the COVID-19 pandemic. Reese-Taylor is the only K-12 school health professional on the committee. She is the lead nurse for the Cedar Hill Independent School District.

David Rettig (EMBA) was named to the 2020 Fort Worth Business Press’ 40 under 40 list. He is the mayor of Northlake, Texas, and a director at Fidelity Investments.

Ashley Tetteh (MSW) was selected as one of the Fort Worth Star-Telegram’s Hometown Heroes for her commitment to continuing Girls Inc. of Tarrant County’s service to and programs for girls from low-income households after the pandemic brought in-person programs to a halt. She is a case manager for Catholic Charities in Fort Worth, Texas.

Stacy Williams (MBA, Finance) was promoted to director of residential finance at Affiliated Bank in Arlington, Texas. He serves as chairman of the board of the Arlington-Mansfield Area YMCA. 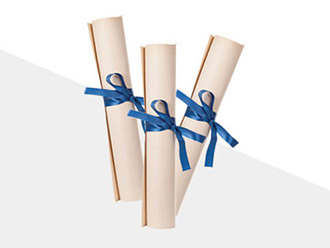 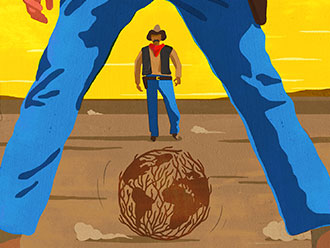 Westerns Around the World

The Enduring Appeal of an American Myth 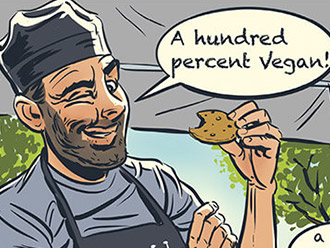 From selling delicious baked goods to launching kids to STEM success, there is no shortage of good business ideas in the Maverick community.