Faculty and students in the College of Architecture, Planning, and Public Affairs have taken a strategic focus on working to combat environmental racism and urban sprawl in the historic Black communities of Dallas and Fort Worth. by Onome G. Aganbi

When Henry Critz Hines was sent to Texas from Missouri during the Civil War, it was as property meant for safekeeping. Though Texas was a state that sought to uphold slavery, it didn’t see much fighting or presence from Union soldiers—so many southern Confederates saw the state as a safe place to keep their slaves during the war to ensure they did not become free.

Rich in history and community, local Freedmen’s towns are under threat from nearby city encroachment. Pictured here: An aerial view of the Joppa area in the 1930s.

Photographs courtesy of the City of Dallas

Hines was sent to the Miller Plantation, which stood in an area that is now within today’s city of Dallas. When the war ended and the Emancipation Proclamation freed the slaves, Hines chose to stay in the area, eventually settling in and creating a community, Joppa (sometimes referred to as Joppee), just north of the plantation. He was joined by several other freed slaves, and Joppa became a “freedom colony”—also known as a “Freedmen’s town”—one of several that were forming throughout the south at the time.

Joppa still stands today, a quiet, small community of about 750, located near the banks of the Trinity River at the edge of the Great Trinity Forest in southeast Dallas County—but it stands as a city under continual threat from encroaching city development. Joppa is far from the only historic Black settlement under threat from urban sprawl. Historic Black settlements in urban areas across the United States—and many right here in the Dallas-Fort Worth Metroplex—are being subjected to environmental and industrial hazards that jeopardize their health and survival.

Over the last several years, faculty and students from the College of Architecture, Planning, and Public Affairs (CAPPA) have been getting involved, seeking ways to help preserve these important settlements.

The Shady Grove Christian Methodist Episcopal Church in Bear Creek was established in 1884 and is still active today.

Photographs courtesy of the Irving Archives

“We have to care about the future of communities like this,” says Diane Jones Allen, professor and director of UTA’s Landscape Architecture Program. “It’s important—and vital—to expose students to these kinds of issues and problems. Working with communities is essential to our society.”

Earlier this year, Dr. Allen and her co-contributors—Austin Allen, associate professor of practice, and Kathryn Holliday, director of the David Dillon Center for Texas Architecture and professor of architectural history—won a $40,000 SOM Foundation research prize to create a design playbook for Black settlements in North Texas. Their goal is to work with these communities to combat environmental racism and urban sprawl.

“It’s important— and vital— to expose students to these kinds of issues and problems. Working with communities is essential to our society.”

“Many of these cities and towns no longer exist as communities; they are more historical sites because they’ve succumbed to pressures,” Diane Jones Allen says. “There has been a long-seated desire to tackle these issues, as the communities are now on the verge of losing their historical significance.”

With the SOM Foundation grant and other contributions received from the Dallas Regional Chamber and CAPPA, the UTA team has begun to collaborate successfully with many historic Black communities. While focused on Joppa, the research team is also working with The Bottom, Bear Creek, Mosier Valley, and The Garden of Eden. Each of these historic settlements survives today, and they are affected by similar issues of environmental racism and outside development pressure. However, they are in different cities and governed by local policies controlling land use, zoning, development, and preservation.

The Garden of Eden

A historically Black neighborhood in Fort Worth, The Garden of Eden was established around 1860 by freed slaves from Kentucky and Tennessee. At its peak, the settlement had a total of 54 households; 20 people live there today, all descendants of the first settlers.

Situated on low-lying terrain along the Trinity River, The Bottom was frequently flooded before the Trinity River levee system was installed. The once-thriving community has been steadily declining over years of neglect and a shrinking residential population. Today, it claims 123 residents.

Texas’s first all-Black community, Mosier Valley was established a few years after the Civil War. The town reached a peak population of about 300 in the early 1900s, though it was never measured separately in a census.

One of the oldest African American communities in Dallas County, Bear Creek claims a rich and storied history. Urbanization and new home construction have led to an exploding population at Bear Creek, but with it, the identity of the community has changed.

Located in South Dallas, Bonton remains a predominantly African American community today. The town has endured racial injustice and systematic oppression, with 42.9% of the population falling below the poverty line. However, major revitalization efforts, like Bonton Farms, are underway.

The research team is working with the South-Central Civic League Joppee Neighborhood Association, founded in 1947, to establish best practices for negotiating complex planning issues and adverse regulatory policies, including approaches and tactics applied to areas burdened with years of structural racism and discrimination.

“These areas have been historically neglected,” says Austin Allen. “We can reverse a lot of those inequities with this project. Shaping the future of communities through those communities is the way planning is supposed to happen.”

The design playbook maps the connections between the involved communities and details the challenges they face. It also emphasizes the voices of community members in the design and decision-making processes, prioritizing grassroots storytelling and development.

“As a historian, I believe we cannot understand Dallas and Fort Worth as cities without understanding the role that Freedmen’s towns play in shaping them,” says Dr. Holliday. “These towns played—and continue to play—a vital role in providing spaces of self-determination for Black communities, and their history should be celebrated and preserved.”

A second $20,000 grant from the Dallas Regional Chamber aims to elevate southern Dallas County to a more economically fertile, better-informed, and healthier place to live. Holliday, Austin Allen, and Julia Lindgren, assistant professor of architecture, are leading this project, which will also center on the Joppa/Joppee neighborhood.

The Chamber project started with Holliday’s preservation efforts at the Melissa Pierce School, a former historically Black school in Joppa. Austin Allen has dedicated multiple architecture and landscape architecture studio projects to the Joppa community, the school building, and the watershed of Honey Springs Branch with the goal of creating a neighborhood stabilization overlay.

Delbert Sanders shared a brief history of The Garden of Eden district and its current challenges with CAPPA students who visited over the summer.

The UT Arlington team will work closely with the South-Central Civic League Joppa Neighborhood Association on planning, engagement, and implementation of art installations, design-build projects, and research studios that bring students, faculty, and community members together.

A Journey Through Freedmen’s Towns

Beyond addressing the challenges the towns face through funding and faculty involvement, CAPPA has also made it a priority to get students on the ground, working hands-on in the communities themselves.

Over the summer, on a tour organized by Holliday, students traveled to the historic Freedmen’s towns. The students were divided into smaller groups to engage in dialogue with community members and explore how the cities deal with land use, zoning regulations, preservation rules, and industrial and housing development. The Freedmen’s town journey revealed these once-thriving settlements with schools, community centers, and agriculture have been taken over by urbanization, factories, and other enterprises, making the areas less desirable. They now need revitalization, community parks, and beautification to stabilize the present residential areas while while they develop guidelines to influence future development.

CAPPA students kicked off their tour of Black settlements at the Historic Wall, a public art project at Central Station in Fort Worth that pays respect to Black communities.

Students saw the effects of revitalization efforts firsthand with their visit to the Bonton Farms, located in the town of Bonton. The Bonton Farms promotes development in reclaiming unoccupied land for the sake of employment creation, revenue generation, and the promotion of healthy diets and behaviors. The farms have grown over the years, from a small garden to two fully operational farms, a farmer’s market, a cafe, and a coffee house.

An event for the SOM Foundation, including final student presentations and a community roundtable, was held this summer.

In the roundtable discussions, more than 30 community members collaborated on practical strategies for the future successes of their neighborhoods and began developing real-time plans for attaining outcomes and resources needed to accomplish their objectives.

A key development of the research and community collaboration is the Future Plan strategy, which uses history to help determine ways to collectively capture metropolitan tourism that focuses on and benefits the communities through promoting funding and support; creating ways to meet regularly to organize and share issues, progress, and stories; and taking advantage of shared occasions such as Juneteenth. It also places a focus on honoring descendants of community founders and giving these grassroots groups influence over design and decision-making.

The team will continue to work on the design playbook, doing additional research and engagement before publishing this strategic document.

“The commitment of our CAPPA faculty to engage fully with underserved communities as they protect their history and share it with future generations is at the heart of our work as educators,” says Maria Martinez-Cosio, interim dean of CAPPA. “We hope that our work with the Joppee Neighborhood Association will seed similar efforts engaging architectural history, sustainability, and environmental justice and thus provide our students with the tools they’ll need as they move us toward a goal of equitable development.” uta 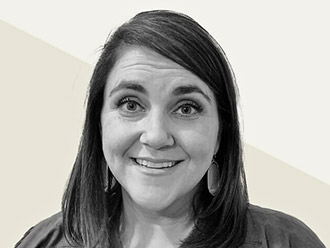 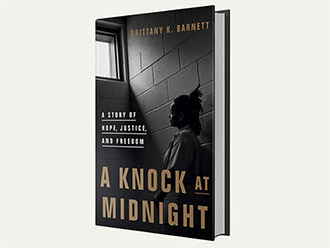 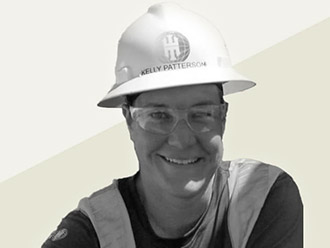