When the COVID-19 pandemic first began taking hold in the United States, it had a major impact on our large-scale food distribution systems. Much of the food supply in the U.S. is controlled by a few very large agribusiness and food manufacturing actors, and this system works reasonably well under normal conditions. Consider the economies of scale and large-scale distribution and infrastructure that are accessible to companies like Walmart, which enable full truckloads and containers of products from suppliers around the world to be rapidly and efficiently shipped to retail centers and customers. However, with a rapid-onset disruption like the pandemic, all of a sudden the system fails, and you have empty grocery store shelves for weeks.

One alternative that many consumers turned to was regionalized food systems, in which food is produced by small-scale farmers and ranchers and distributed regionally, often directly to consumers via farmers’ markets or home delivery. However, lacking centralized control and economies of scale, how can such systems efficiently distribute the food produced by many small-scale, rurally located farms and ranches to consumers, most of whom live in large cities?

One potential solution that intrigues me is the possibility of crowdsourced transportation, also known as crowd logistics. The concept is similar to restaurant and grocery delivery services like Doordash and Favor, which use an online platform to recruit individual members of a “crowd” to transport products. Such systems offer many advantages. The pooled capacity of many individual crowd members can provide increased reliability for a shipper.

Therefore, if a decentralized food production and distribution system is designed correctly, you can gain efficiencies, not through economies of scale, but instead through intelligently accessing “hidden” capacity, both physical and human. The question is, how do we design such a system correctly? Systems that involve many individuals making decisions autonomously are dynamic and complex, and it is difficult to predict how these systems will perform, especially in a situation like a pandemic.

The concept of crowdsourced distribution systems for agriculture came out of my interest in designing supply networks that operate efficiently and effectively with little or no centralized control. I use computer simulation to model each of the individuals as autonomous agents and then run experiments to determine how well the system performs for different design scenarios, such as platform features, number of participants, and delivery fees. This can give us an idea of how to design an efficient and resilient crowd logistics system to meet the needs of farmers, drivers, and consumers.

Caroline Krejci earned a PhD in industrial engineering at the University of Washington. She worked as an engineer at UPS and Lutron Electronics and was a faculty member at Iowa State University. She recently received a National Science Foundation CAREER award supporting her research on crowd logistics system design. 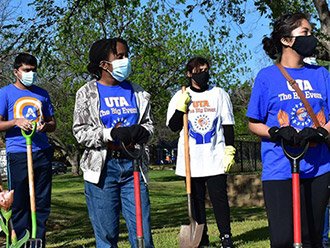 The annual service event brought the Maverick community together 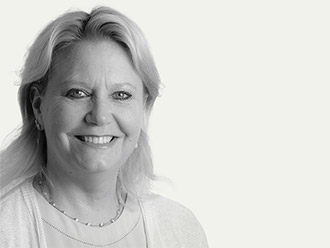 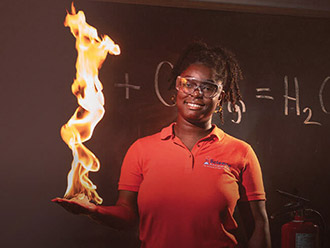 Through inventive and engaging programs, professors and students in UTA’s College of Science are nurturing the next generation of science and math enthusiasts and reforming secondary STEM education across the nation.