The University of Texas at Arlington was first designated by the Carnegie Classification of Institutions of Higher Education as a Research- 1 "Very High Research Activity" institution in 2015. This R-1 status was reaffirmed in late 2018, demonstrating the University's status as a growing research powerhouse and the model 21st-century urban research university.

UTA also reached new highs in research expenditures in 2018, exceeding $100 million for the first time, a growth of 30 percent over three years. Included in that total is $45.3 million in restricted research, a milestone for Texas Tier 1 status that moves the University closer to achieving the coveted designation."

UTA's research capacities are increasingly recognized by our peer institutions, who are working with us on projects on the cutting edge of modern science and medicine," says Duane Dimos, vice president for research. "These accomplishments come as UTA is consolidating its position as a research authority in the North Texas region. Surpassing the $100 million barrier for overall expenditures is a real step forward for UTA."

UTA is one of only 14 universities in the U.S. to achieve the designations of Carnegie R-1 Very High Research Activity and Hispanic-Serving Institution

All of the College of Engineering's Graduate Programs are ranked in the TOP 100 in the nation by U.S. News & World Report

The College of Education's Online Master's Degree in Curriculum and Instruction is Ranked #1 in the U.S. (College Choice, 2018)

UTA has 15 fellows of the National Academy of Inventors, the most of any Texas university and the 6th most in the nation 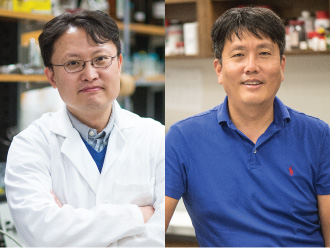 Creating a system to clean contaminated soil and water 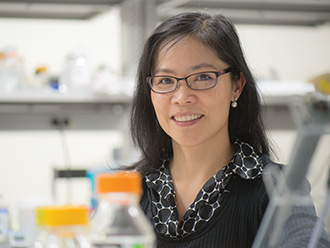 Esophageal cancer causes nearly 16,000 deaths in the U.S. each year, according to the American Cancer Society. But tumors can... 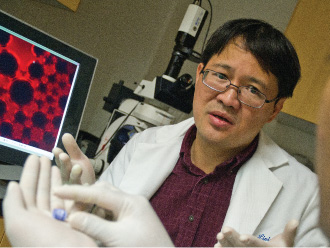 Device lets cancer cells check in, but not check out

A roach trap may not be the first analogy a scientist would reach for when discussing a new cancer-attracting medical...