Whether it comes from a human, coral, or snake, a genome can tell us the secrets behind life, evolution, and the future of health care.
By Dana Jennings
Illustration By Davide Bonazzi

Since the launch of direct-to-consumer genetic testing services like 23andMe and AncestryDNA, tens of millions of customers have unlocked the geographic origins of their ancestors and gained insight into their health—all through a small sample of saliva mailed to a laboratory.

Comprising 3.2 billion DNA bases, the human genome determines what we look like, who we are, and how we interact with the environment around us. But while at-home genetic testing can provide users with information about their roots, their results represent only about 1% of the human genome.

Imagine what could be discovered by diving in to the remaining 99%. That’s what many researchers at The University of Texas at Arlington are doing through their diverse projects on everything from immunology to snake intestines and through their work in the North Texas Genome Center on campus.

Over the past several years, UTA has expanded its research enterprise, leveraging its expertise in engineering and science to build its portfolio in the life sciences.

Associate Vice President for Research Jon Weidanz arrived on campus in January 2016 to guide this effort and spearhead new investments. An internationally recognized leader in cancer immunotherapy, Dr. Weidanz was tasked with building out the foundational pieces and programs needed to elevate the problem-solving research already taking place on campus. He and UTA leadership also set their eyes on the future of health care: precision, personalized medicine.

“We want to harness the whole genome and use the information to help health care providers conduct better, more strategic medicine,” Weidanz says. “There are a number of DNA-sequencing facilities in the region and state, but there was an opportunity to take the lead in North Texas and establish an institute dedicated to a new chapter of health care.”

That opportunity came in the form of the North Texas Genome Center (NTGC), which opened in March 2018. A research and medical linchpin in the Science & Engineering Innovation & Research building, the NTGC features two NovaSeq6000 gene-sequencing systems, making it one of only a few centers in the central United States with such technology, the most powerful line of sequencers available from leading manufacturer Illumina. With these machines, the NTGC has the capacity to sequence more than 10,000 whole genomes annually.

After opening, the NTGC began offering academic and corporate researchers the opportunity to access its human whole genome sequencing technology at lower costs. Administrators also began the integral work of developing partnerships with industry leaders to advance a unified mission of delivering genomics-based tools to local communities, all while working toward clinical accreditation under the Clinical Laboratory Improvement Amendments of the College of American Pathologists.

“There’s a growing demand, academically and commercially, for this latest technology,” Weidanz says. “On the research side, we can already start to see things that we were never able to see before this technology, and that ultimately can lead to new insights. We want to be the go-to place for investigators and companies—and eventually for hospitals and health care providers—to send their samples.”

In addition to Illumina, the NTGC has partnerships with researchers at UT Southwestern Medical Center and Texas A&M University (TAMU). The latter collaboration brings together the expertise and resources of TAMU’s Institute for Genome Sciences and Society in large-scale genomic sample preparation with the NTGC’s massive sequencing capacity. Samples now go to College Station, Texas, for preparation before coming to Arlington for sequencing and analysis reporting.

“This alliance reduces costs and speeds up the process, so we can make sequencing into a commodity and enhance innovation across the biotech, biomedical, and industrial sectors,” Weidanz explains.

Once it receives accreditation, the NTGC will begin to provide sequencing of human genomes for clinical and diagnostic purposes—for example, helping discover why some patients respond positively to medical therapies when others don’t, or identifying patterns in patient genomes to enable physicians to deliver care more efficiently.

“Partnering with clinicians to conduct genomics sequencing can help us answer some of our greatest questions and challenges in health care,” Weidanz says. “Creating what would essentially be a database of the genome of whole populations would break through the basics of a diverse population to allow us to understand demographics in relation to common diagnoses and positive treatment outcomes. The NTGC is a perfect vehicle for meaningful collaborations such as these, where we can solve problems together.”

Inside and outside the NTGC, researchers at UTA are making advancements with both human and non-human genomes. Todd Castoe, associate professor of biology, is a large part of this effort. In 2019, he received a $1.2 million grant from the National Institutes of Health to explore why the devastating parasitic disease schistosomiasis persists in areas where extensive control measures against it have been implemented.

Schistosomiasis is an acute and chronic disease caused by parasitic worms. It affects over 200 million people worldwide, mostly in tropical and subtropical areas and in communities without access to safe drinking water and adequate sanitation.

“It’s important to get rid of schistosomiasis, but the scope of the project is much larger than learning how to eliminate this disease in any one area of the world,” Dr. Castoe says. “We want to use the knowledge we gain to help guide eradication campaigns for this and other parasitic diseases elsewhere.”

He and his team are using new sequencing technologies to map the ancestry of parasites in an effort to identify human or animal hosts that may be acting as sources of new infection. They are following human and animal populations over time, testing them for infection, and measuring risk factors.

“Using genomic sequencing, this project will provide unprecedented insight into the detailed patterns of transmission across hosts, across geographic areas, and through time,” Castoe says. “This will help us to understand how to prevent infections and advance efforts to achieve permanent reductions in schistosomiasis and other worm infections.”

He has two other major genome-related projects underway, both involving snakes. In the first, he and biology Associate Professor Matthew Fujita are looking into the roles of selection and gene flow in speciation in the Western Rattlesnake. Their goals are to develop a new system for understanding and appropriately recognizing rattlesnake species, to provide new insight into the process of species formation, to develop new methods for identifying species, and to refine the appropriate medical treatment of snakebites in North America.

For the second project, he and Saiful Chowdhury, associate professor of chemistry and biochemistry, are studying the regulation of intestinal form, function, and regeneration in snakes in an effort to understand why some vertebrates experience rapid changes in intestinal form and function when feeding.

“We want to understand how vertebrates control, at the molecular level, shifts in intestinal form and function, and test if the regenerative capacities seen in some extreme vertebrate examples could be translated to other vertebrates, such as humans,” Castoe says. “With both of these National Science Foundation-funded projects, we’re using genomics to answer fundamental questions about biology.”

Instead of diseases and reptiles, Laura Mydlarz, associate professor and interim associate dean of the College of Science, turned to coral for her genomic research. Working with Lauren Fuess and Whitney Mann, both recent UTA doctoral graduates, and undergraduate Lea Jinks, she discovered a correlation between a strong immune response in diseased corals and a lower expression of genes associated with growth and reproduction.

This result indicates that the resilience of species and coral communities may be affected if corals reduce cell growth and reproduction when actively fighting disease. Such a discovery is especially relevant today, as coral disease has become increasingly prevalent due to the changing climate.

According to Dimos, who is credited as first author on the team’s publication in the journal Proceedings of the Royal Society, the gene the group discovered acts as a “master regulator” that unlocks hundreds of other genes. Mydlarz credits his vision and previous work on mitochondrial research with bringing together the strengths of her and Dr. Pellegrino’s labs to pursue this project.

“There has been a lot of well-done work in the past that has identified various genes that could be important for immunity in coral, but our gene potentially regulates a lot of those,” Dimos says. “We’ve uncovered a single target that has a broad scope of impact. This is a huge step forward in making any interventions to preserve coral more efficiently.”

Coral reefs not only create vibrant underwater landscapes, but they also support 25% of all marine species on the planet. In recent years, however, they have experienced massive declines driven by disease and thermally induced mass coral bleaching in the face of increased environmental disturbances.

“Corals build the reef and are the base of the ecosystem. Without live coral, the reef doesn’t have the structure it needs to support the life that relies on it,” Mydlarz says. “It’s ecologically important, but also has great socioeconomic significance. Understanding the existence of this gene means that there is now the potential to identify if corals are experiencing stress before they appear dead or bleached.”

A number of other projects related to genomics are also underway on campus. Chemistry Professor Subhrangsu Mandal, for example, recently found that the long non-coding RNA molecule HOTAIR present in white blood cells has the capacity to signal them to activate immune response in the presence of bacteria.

“We need to know what turns on inflammatory response to bacterial infection to be able to modulate the process,” he explains. “If we can do so, we can control inflammatory diseases of the central nervous system that have been hard to treat up to now, such as sepsis and meningitis, as well as cancer and muscular dystrophy, which can also be seen as a kind of inflammation.”

Jose Maldonado, a third-year doctoral student in biology, is also tackling the important topic. He received a prestigious National Science Foundation Graduate Research Fellowship in 2019 to fund his research on why sexual—rather than asexual—reproduction emerged as the dominant form. How sexually reproducing organisms evolved from asexually reproducing ancestors is a question that has long puzzled scientists. In recent years, the increasing availability of genomic data has made it possible to use natural populations of asexual non-model taxa to address long-standing hypotheses regarding the evolution of sex. For his work, Maldonado is using the gecko as a model species.

Weidanz recognizes it might seem unusual for a university without a medical school or health science center to insist on leading the charge into the next generation of health care. But he believes it makes sense when you look at the existing expertise at UTA and its position not only in the Dallas-Fort Worth Metroplex, but the state as well. 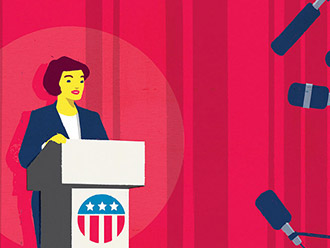 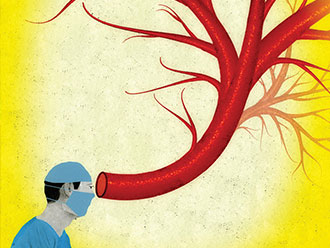 Researchers from UTA and UT Southwestern Medical Center (UTSW) are teaming up to study what has become the fastest-growing type... 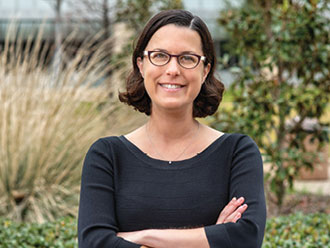