In her new book, Dustin Harp—associate professor and director of the Women’s and Gender Studies Program—explores how traditional and feminist ideas of gender played out during the 2016 presidential campaign.

What started during the 2016 presidential campaign as an insult hurled at Hillary Clinton—that she was playing the woman’s card—became both an enduring critique for her detractors and a rallying cry for supporters of the first woman to win the popular vote in a U.S. presidential election. Donald Trump, at the time the front-runner in the Republican Party’s primary race and presumptive party nominee for the general presidential election, said, “I think the only card she has is the woman’s card. She’s got nothing else going. And frankly: If Hillary Clinton were a man, I don’t think she’d get 5% of the vote. The only thing she’s got going is the woman’s card. And the beautiful thing is, women don’t like her.

… This declaration against Clinton resonated across the media sphere quickly. As The Washington Post noted, “Donald Trump’s accusation that Hillary Clinton is playing the ‘woman’s card’ and would be a failed candidate if she were a man touched off a contentious debate about gender politics and sexism that seems likely to define the presidential election as much as any issue.”

Trump’s indictment of Clinton indeed marked a significant gender moment early in the 2016 election, a moment when Clinton’s gender became central within the political discourse. And like it or not, gender politics and sexism continued to play a major role throughout the election.

Clinton responded immediately to the “woman card” accusation during a speech Tuesday night, April 26, and then posted a video to her campaign Twitter feed later that same night with the hashtag #WomanCard. She embraced the allegation, saying, “Mr. Trump accused me of playing the woman card. Well, if fighting for women’s health care and paid family leave and equal pay is ‘playing the woman card,’ then deal me in.’”

Just a couple of days later, on April 29, Clinton’s official campaign Twitter account tweeted an image of a bright pink card resembling a credit card with the message “Lower wages! No paid family leave! Limited access to health care! Just some of the perks of your #WomanCard.” Along with the image was the tagline “This is what an Official Hillary for America ‘Woman Card’ gets you” and a link to hillaryclinton.com, her official campaign website. On the website, a box advertising “Get your free Woman Card!” asked for email addresses and zip codes.

The campaign had turned Trump’s accusation into a strategy to build a database of Clinton supporters and possible campaign contributors—a means for fundraising. For better or for worse, the Clinton campaign’s reaction brought even more attention to Clinton’s gender. 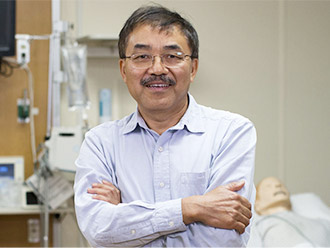 Each year in the United States, the unsafe use of medications leads to over 700,000 emergency room visits, according to... 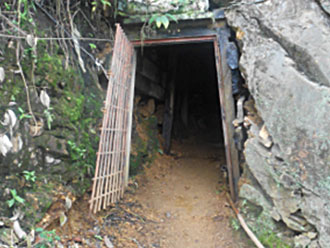 In small towns in Colombia and Peru, where artisanal and small-scale gold mining (ASGM) is a way of life, workers...

The ecological impact of bridges

A group of UTA civil engineers is studying the impact of bridge construction projects on stream ecology through a grant...