The Battle of Medina

On August 18, 1813, some 1,400 Mexican revolutionaries and American adventurers pursued 330 Spanish cavalrymen into a grove of oak trees a few miles south of San Antonio, Texas. At the time, Spain claimed Texas as part of its vast American empire. The revolutionaries wanted to change this. They hoped to drive the Spanish army out of Texas and use the province as a foothold from which to bring independence to the rest of Spanish America. [...]. Believing the few cavalrymen to be all that remained of the Spanish army in Texas, and hence, the only thing preventing them from realizing their dreams, the revolutionaries and their American allies followed their prey into the oak grove, unaware they were walking into a trap.

As the pursuers would soon learn, the cavalry were only scouts for a much larger 1,830-man Spanish army that had been sent to Texas to restore royalist rule. While the cavalry were luring the Americans and revolutionaries to the oak grove, the Spanish commander, Brigadier General Joaquín de Arredondo, had aligned the rest of his army in a V formation and given them orders to hold their fire until the enemy came within 40 yards. The royalist soldiers obeyed, watching from concealed positions as the Americans and revolutionaries entered the oak grove and the open end of the V. When they reached the predetermined distance, Arredondo's soldiers opened fire, decimating the front line of the oncoming force and sowing confusion through its ranks. Many revolutionary infantrymen fled. Spanish cannons cut down most of those who did not. American cavalry tried to outflank the Spanish artillery, but Arredondo's more experienced cavalrymen drove them back. After four hours, even the most optimistic among the revolutionaries and Americans realized the day was lost. They fled the battlefield, hoping to reach the Louisiana border and safety within the United States. Most would not make it.

The Battle of Medina, as the clash in the oak grove would come to be known, was one of the deadliest and most one-sided battles in North American history, with some 1,300 of the 1,400 men of the American and revolutionary army dying in the conflict and its aftermath. Joaquín de Arredondo's Spanish forces suffered only 55 dead. The battle was also historically significant. The royalist victory helped suppress the three-year-long revolution against the Spanish colonial government that had raged across northeastern New Spain, and it put on hold hopes that Texas would be independent or become a part of the United States. The Battle of Medina also made Brigadier General Arredondo the most powerful man in northeastern New Spain. 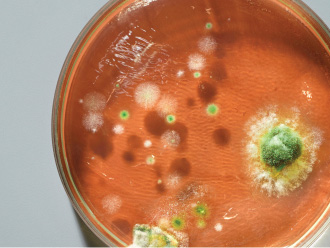 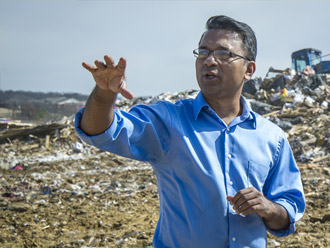 In March 2017, a landfill in Addis Ababa, Ethiopia, collapsed and slid onto nearby homes, killing 113 people. In response,...