During natural disasters, cities and their citizens must contend with myriad decisions that affect resilience and survivability. UTA researchers are guiding them along the way.
By Amber Scott

The day disaster strikes usually starts like any other. Normal routines unfold within cities built to sustain them. People make their way through the actions of daily life, rarely giving even a passing thought to the systems that make it possible.

But then, something changes: The rain is torrential; the tornado drops down from nowhere; the ground rumbles. When disaster strikes, the strengths of our infrastructure—or lack thereof—become readily apparent. Were our social, economic, and physical systems prepared? If they weren’t, the consequences can range from severe economic and infrastructural damage to the devastating loss of human life.

While researchers at The University of Texas at Arlington can’t prevent disasters from hitting our cities, they can help decision-makers at the local, state, and national levels make the right calls—and ultimately mitigate the damage. Professors from a variety of fields, including political science, civil engineering, and social work, are examining disaster preparation, response, and recovery to ensure citizens and cities are safe.

Every day, we drive on roads and walk on sidewalks that cover a vast and intricate maze of pipes beneath us. In the U.S., there are approximately 1.6 million miles of water and sewer pipes; by 2020, their average age will be 45 years. If an earthquake were to strike, these pipelines would be particularly vulnerable, as they weren’t built to modern earthquake-resistant standards.

“Imagine you’re a water utility employee and someone comes to you with $2 million so you can rehabilitate your pipelines,” says Mohsen Shahandashti, assistant professor of civil engineering. “You know you can get earthquake-resistant pipes, but it will be very expensive—you couldn’t do it for the whole city. If you’re lucky, you could replace 1% of the pipes you have. So where do you start?”

Dr. Shahandashti hopes to provide a starting point through the development of an algorithm that models the effects of earthquakes on water pipeline infrastructure. His research will aid decision-makers in determining how best to use limited infrastructure funding to make pipelines less prone to earthquake damage.

Borrowing from principles of quantitative finance, Shahandashti and his co-principal investigators—industrial, manufacturing, and systems engineering Professors Jay Rosenberger and Victoria Chen and civil engineering Professor Simon Chao—are working to minimize the risks associated with choosing which pipes to work on and replace first.

“Turning to finance research was motivated by the problem. Utility managers have a huge responsibility, so they are looking for the best and least risky decision,” Shahandashti says. “Is there a way to limit this risk? That is the question I seek to answer.”

In recent years, the nation has seen an increase in so-called 100-year floods, resulting in major damage to cities.

“A distinct feature of climate change is that you suffer from long-term drought, and rainfall happens in short duration,” says Nick Fang, assistant professor of civil engineering. “Average annual rainfall may remain pretty much the same, but it’s coming all at once instead of over time. City codes implemented years ago aren’t designed for this—they just can’t handle it.”

Dr. Fang, who has conducted extensive research on flooding and Texas watersheds, recently received a Texas General Land Office grant to analyze regional drainage and propose recommendations for future flood prevention in nine southeast Texas counties. He and his team will collect existing topographic and geographic information system data, build them into a dashboard, then work with the local communities and their leaders to develop water strategies.

“What we are looking for are possible changes to coding or zoning practices that will prevent or lessen regional flooding damage during future natural disasters,” says Fang, who is collaborating with UT San Antonio’s Hatim Sharif on the project.

Disaster is not normal business. The question is how to survive.

“Many times, communities don’t have sufficient resources to address these issues,” he continues. “Universities like UTA step in and can assist them in an effective way.”

He is working on a way to take forecasts and metrics from multiple sources and merge them into a single dataset. The aim is to create a forecast that will be more easily understood and useful, thereby helping emergency managers make the best decisions possible based on the most complete information.

“Forecasting water is becoming increasingly more important because manmade changes to the land surface and climate change are making hydrologic prediction more difficult,” explains Dr. Seo. “At the same time, the impact is becoming larger due to growth of population and the built environment.”

Adding further complexity to flood forecasting is the impact of snowmelt-driven runoff on water levels. Many variables can affect these predictions, including precipitation type, snowpack attributes such as density and grain size, and the movement of meltwater through soil.

His research could create a paradigm for ingesting remotely sensed snow data from NOAA’s Joint Polar Satellite Systems into the National Water Model.

“Snow is the biggest wildcard because there are so many things that can go wrong,” Dr. Zhang says. “We want to be able to exploit the information concerning snowpack from NOAA’s operational remote sensing platforms. Our work can help communities understand potential mitigation measures and economic cost benefit.”

Community resilience is a central driver of research being conducted by Zhen Cong, associate dean for research and faculty affairs and director of the School of Social Work’s Ph.D. program. She’s focused on one of the most vulnerable groups in our communities: the elderly.

“I’m interested in the social side—how people experience disasters,” she says. “In the area of disaster research, we tend to view the elderly as one single population and make recommendations based on that view. But in reality, they’re all very different. There’s not a lot of research in this realm.”

To fill that void, Dr. Cong and her team are collecting data on household emergency plans and looking at how communities affected by natural disasters respond and recover. What they’ve found is that while older adults are not less likely to have emergency plans, those plans are more likely to be underdeveloped.

“Older adults who have higher levels of social isolation and declined mobility, physical health, and cognitive functioning are more vulnerable to disasters. Having a quality, detailed plan that is easy to follow is an important part of increasing their survivability and resilience,” she says. “To best meet their needs, we have to take an individualized approach to emergency preparedness from a multilevel interdisciplinary perspective—looking at family relationships, social networks, community social capital, and our built environment.”

Cong is also creating a new model to guide future disaster-related studies in the presence of aging populations and emerging technologies. This includes how to effectively communicate tornado warnings to older adults and how to best mobilize protective action and mitigation behaviors.

“Being in the community and seeing the effects of these disasters firsthand is what motivates me,” she says. “You see people working together, supporting each other—it’s very emotional and encouraging.”

“When there’s a disaster, you tend to hear about the role of the government and its successes or failures,” Dr. Sledge says. “We have a very real, complex intergovernmental system for responding to disasters, but it fundamentally assumes that NGOs are going to be there on the ground and that they’re capable of responding to disaster.”

Dr. Thomas adds: “There is a massive responsibility placed on these organizations and businesses. They’re expected to do a lot, but we don’t know much about their capacity.”

To find out, they traveled extensively, conducting field research in Texas, Florida, Puerto Rico, and northern and southern California. After surveying and interviewing 115 nonprofits and NGOs engaged in disaster response, Sledge and Thomas concluded that voluntary organizations active in disaster (VOADs) are critical to successful post-disaster coordination and recovery. VOADs bring together groups and representatives from local and state government agencies to coordinate actions, share information, and target their efforts during and after disasters.

In their study, which was published in the American Journal of Public Health, the researchers noted that the success of these groups depended on a number of factors, including resources, coordination, and whether the organization was active already and in place before the disaster struck.

“A lot of what we found isn’t surprising to the people and the groups who are out there working in the communities. There just isn’t much research about it,” says Sledge. “We’re trying to understand the role of the NGOs and shed light on what they’re doing, why it’s effective or not, and what might be done differently.”

Thomas notes that at its heart, their work is really about the people who are directly impacted by and responding to the aftermath of these disasters.

“The sheer number of regular citizens who found themselves in extreme situations and stepped up to the plate—it was amazing,” he says. “In conducting our field work, we saw the humanity of this massively complex system.”

Paradoxically, that system is both helped and hindered by the humanity that drives it. That’s where UTA’s researchers come in—to ask the right questions, formulate the right approach, and tackle challenges head-on. It’s a way of steering the decision-makers in the right direction and supporting the vulnerable before, during, and after disaster. It’s what keeps our infrastructure standing strong and running smoothly. It’s what saves lives.

“The problem is that we could have a shock. Disaster is not normal business. The question is how to survive,” Shahandashti says. “In order to survive it, you need to make the right decisions before, when, and after it happens. The work of every UTA researcher working in the area of disaster resilience follows at least one of those three. And that’s what unifies us: the decision-making.” i 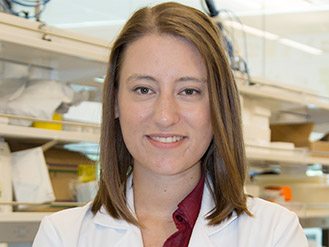 In 2019, Sara Peper became the first undergraduate to ever win the President’s Cup, a coveted award for poster presentations given by the American College of Sports Medicine. 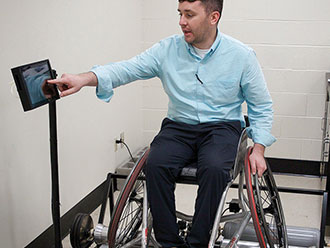 UTA’s national champion Movin’ Mavs and Lady Movin’ Mavs wheelchair basketball teams might be getting even better soon, thanks to some ingenuity from their fellow students. 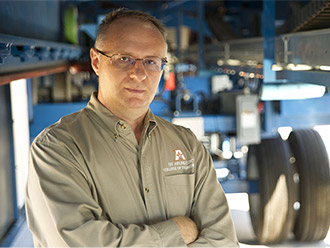 Recycled asphalt put to the test

Stefan Romanoschi and the Texas Department of Transportation (TxDOT) have teamed up to test the durability of roads made from...