The City of Dallas to Name Park After Kevin Sloan 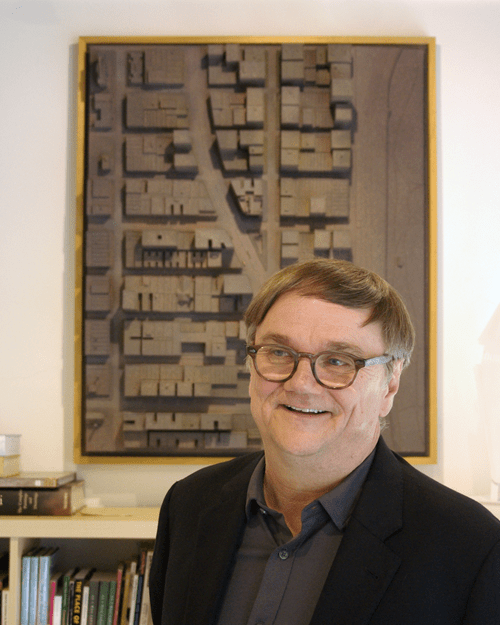 The City of Dallas will be honoring Kevin Sloan with a Special Recognition and the naming of a new park in his honor, the "Kevin W. Sloan Park," in recognition of his contributions to the city and North Texas. Kevin Sloan has made a significant impact on the North Texas community as well as the UTA's College of Architecture, Planning, and Public Affairs community.

Kevin Sloan has served on numerous boards, authored various content, and participated in significant projects in the Dallas-Fort Worth metroplex. Sloan researched 40-degree temperature differences between shaded landscapes and non-shaded landscapes that influenced the addition of shade canopies for the Winspear Opera House/AT&T Performing Arts Center. Sloan was the planner and landscape architect for the award-winning Urban Reserve Project in Dallas for the city’s first bio-filtering streets. In addition, Sloan authored numerous articles and essays for Dallas-based publications to promote numerous designs, including “re-wilding Dallas.” More of Kevin Sloan’s contributions promoted the community's health and the environment's preservation, which can be found in the Dallas Magazine.

Sloan is an international architect, urban planner, and writer based in Dallas, Texas. He is the founder and director of Kevin Sloan Studio, a design firm specializing in urban design and landscape architecture issues arising from the metropolitan city's new and unprecedented formation. He is the concept originator of the Dallas Fort Worth Branch Waters Network, which re-naturalizes the urban agglomeration by utilizing the entire DFW watershed network. He is a former architecture and design columnist for Dallas Downtown Business News and has contributed to numerous journal publications.

Sloan is an advocate for social change and justice in the architectural community. He wrote in a 2020 article "Squaring Up Architecture and Justice" for the AIA Dallas magazine sharing some interesting insights. “At some point during an architect's life, an event or encounter will illuminate that architecture is not just a profession, but a profound discipline that seems applicable, even helpful, to matters beyond those just for buildings.