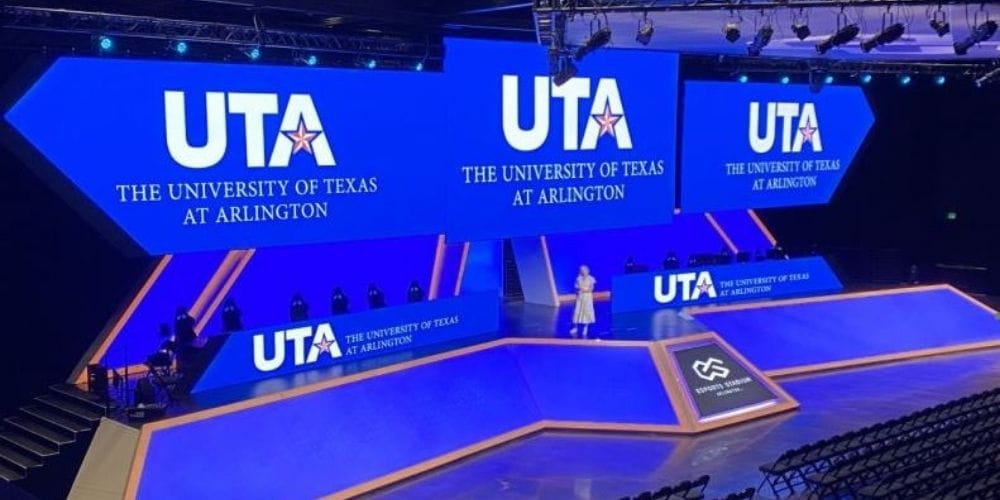 The U.S. State Department is using The University of Texas at Arlington and the prominence of its esports program to encourage international students to come to the United States for their higher education needs.

Edmund Prater, UT Arlington professor in the Department of Information Systems and Operations Management in the College of Business, said he convinced federal officials to use UTA in its outreach to international students while he was a Jefferson Science Fellow with the Department of State.

“Esports is a very important global outreach program at State,” Prater said. “Arlington has the largest esports arena in North America. That coupled with our championship esports teams and the huge student diversity of UTA convinced them to showcase us.”

The State Department produced a video marketed to students from China, with an assist from social media influencer Jessica Beinecke, who has a sizable following there. It includes UTA Interim President Teik Lim, UTA esports coach Drew Boehm and members of the team.

Prater said the video represents great—and free—advertising for UTA. He said it premiered late last year at the U.S. Consulate in Beijing. Plans are under way to put the UTA marketing film into several other languages. The video was made through Education USA, a State Department network of more than 430 international student advising centers in more than 175 countries and territories.

The Arlington Esports Stadium was a site of the State Department’s International Visiting Leaders Program, for which UTA hosted 24 industry and academic leaders from countries throughout the Western Hemisphere.

Prater is now back from the State Department but will continue to consult with the department for the next five years. He is currently supporting its FarmCraft global education initiative.