The UTA Department of History, in partnership with the National Medal of Honor Museum Foundation, invites you to join us on the evening of Wednesday, April 20th at 6:00pm, for a special program with Navy SEAL and Medal of Honor recipient, Britt... 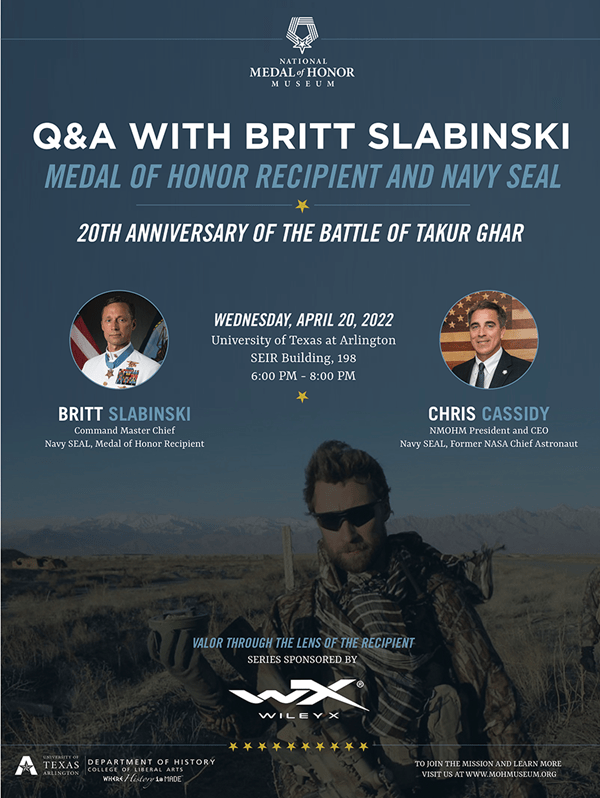 SOCM (SEAL) Britt Slabinski was awarded the Medal of Honor for his actions while leading a team under heavy enemy fire in an attempt to rescue teammate Neil Roberts during Operation Anaconda on March 3-4, 2002.  At the event you will also see uniforms and gear Britt Slabinski wore and utilized during the battle and during his time in Afghanistan.

Seating is limited to 300. Register to attend.