Dean's Statement on The Passing of Two Civil Rights Icons

On behalf of the UTA School of Social Work, we are deeply saddened at the passing of Congressman John Lewis on July 17. Rep. Lewis was a courageous man dedicated to social justice and civil rights. He was an icon of the civil rights movement and fought every day of his life against injustices.

Serving as president of the Student Nonviolent Coordinating Committee, he risked his life on numerous occasions fighting against racism, discrimination and Jim Crow Laws. He worked alongside other prominent civil rights leaders such as Martin Luther King Jr., A. Phillip Randolph, Roy Wilkins, Whitney Young and James Farmer (known as the Big Six).

In the 1960s, Congressman Lewis led voter registration drives and organized and participated in numerous protests for equality. Rep. Lewis was beaten by police and White mobs and was arrested more than 40 times protesting segregation. He was involved in lunch counter sit-ins, the freedom rides and was the youngest speaker at the 1963 March on Washington. He was elected to the Atlanta, Georgia City Council in 1981 and first elected to Congress from Georgia in 1986. Throughout his life he remained dedicated to the principles of advocacy and nonviolence. In 2011, he was awarded the Presidential Medal of Freedom.

Rep. Lewis’ life is a testament to the ideals of social justice and is an example for all of us to emulate. Here at the School of Social Work our goal is to achieve a just society by educating leaders that will not only create partnerships for promoting a just society but lead in those efforts. Just as Congressman Lewis stood up against racism, bigotry and hate, so should all of us. We all have the responsibility to speak out against injustices wherever they may occur.

I would also be remiss in not mentioning we also lost Cordy Tindell “C.T.” Vivian, another icon in the civil rights movement on July 17. Rev. Vivian organized and participated in nonviolent protests as early as 1947 and was part of the early civil rights movement that led to the successful movements and civil rights legislation in the 1960s. Rev. Vivian was instrumental in creating a college readiness program which would later lead to the U.S. Department of Education’s creation of Upward Bound. He was awarded the Presidential Medal of Freedom in 2013.

This summer the School of Social Work sponsored a Black Lives Matter protest and hosted a series of virtual discussions on race, diversity, inclusion and health disparities. In keeping with the same spirit of Congressman Lewis and Rev. Vivian, we will continue engaging and fighting for social justice through education, advocacy and action.

Why? Because it is the right thing to do and, per NASW's Code of Ethics, we are obligated to “advocate for living conditions conducive to the fulfillment of basic human needs and should promote social, economic, political, and cultural values and institutions that are compatible with the realization of social justice.”

We are obligated to uphold these standards and ensure others in our profession do as well. Both Congressman Lewis and Rev. Vivian upheld their end of the bargain and it is up to us to continue carrying the torch of social justice forward. 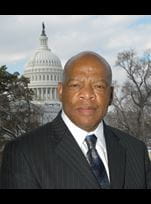 "We are not called to bring ease and comfort.  We are called to act and speak the truth."

"Get in good trouble, necessary trouble, and help redeem the soul of America."

"A democracy cannot thrive where power remains unchecked and justice is reserved for a select few. Ignoring these cries and failing to respond to this movement is simply not an option — for peace cannot exist where justice is not served." 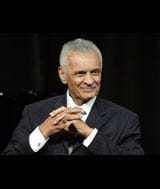 “Leadership is found in the action to defeat that which would defeat you… You are made by the struggles you choose.”

“Blacks have a condition, not a problem - Whites have the problem, racism, that creates our condition.”