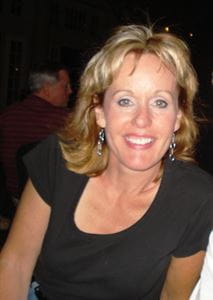 Karen Jones, a longtime child welfare advocate and Social Work adjunct professor, will retire later this month after decades of work across Texas and the Midwest, her manager announced recently.

Jones has worked for years to improve the professionalism of Texas Child Protective Services workers by offering them financial incentives to earn Social Work degrees and professional licenses.

As the longtime manager of the federal Title IV-E Stipend Program, Jones recruited and offered CPS adoption and foster care case workers thousands of dollars in financial aid to earn their bachelor’s and master’s degrees in Social Work. The program guarantees CPS workers jobs within the agency after they complete their studies and licenses.

“…What a blessing it has been to have the opportunity to work in the field of child welfare at the local, state and national levels,” Jones said this week regarding her departure. “Both CPS and UTA have afforded opportunities to work in positions that have stretched my competencies and helped me to grow as a Social Worker working to improve systems.”

Jones will leave the school effective Dec. 31, said Professor Maria Scannapieco, Jones’ supervisor in the School of Social Work’s Center for Child Welfare, where the Title IV-E Program is housed.

“Karen Jones has been a fabulous colleague and loyal UTA employee each day she has worked at the Center for Child Welfare,” Dr. Scannapieco wrote in a letter praising Jones’ work.

In retirement, Jones plans to stay busy with “service projects around our community.” She said she would also be “out in nature with our eight grandchildren and traveling extensively.”

Jones began her career at UTA in May 2001, initially as a contracted trainer. In 2006, she became a full-time university employee.

Six years later, in 2012, Jones began supervising child welfare projects in Arkansas, North Dakota and Oklahoma in her role as lead implementation manager for the Mountain-Plains Child Welfare Implementation Center, which is housed in the UTA School of Social Work’s Center for Child Welfare.

The Mountain-Plains Center is one of five agencies of its kind in the nation that develops policies, procedures, cultural-competence practices and accountability standards for state child welfare departments and Native American tribes that investigate child safety concerns.

Before coming to the UTA School of Social Work, Jones worked for two decades for Texas Child Protective Services as an administrator and trainer for adoption and foster care employees. There, she developed policies and procedures affecting the legal oversight of children in state foster and adoptive care, procedures for tracking children through the state system and practices to quickly move children from foster to permanent adoptive homes.

A replacement for Jones’ position has not been announced.