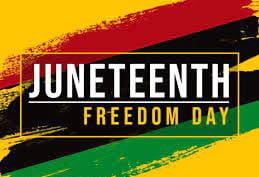 Juneteenth, also known as Freedom Day, is a special day of observance and celebration of freedom. It is the oldest celebration commemorating the ending of slavery in the United States, specifically in the Confederate states.

Juneteenth recognizes June 19, 1865, the date Major General Gordon Granger and his Union soldiers landed in Galveston – two years, six months and 18 days after President Lincoln signed the Emancipation Proclamation - with the news slavery had ended in those states controlled by the Union.

But, had slavery really ended? Had the freedom bell really rung for human beings brought in chains to North America’s shores to be enslaved? Indeed not.

Much of what followed the emancipation of slaves in America included a new bondage – an insidious form of institutional, systemic and often legalized chains of oppression.

There would come decades of lynchings across the Southern states, theft of land and property, enactment of Jim Crow laws, discrimination in lending, housing and education, separate but unequal facilities, redlining and, yes, police violence.

Today, we still see the racial and social injustices manifesting themselves in our various institutions by elected leaders and in communities throughout our country. We are seeing countless lives lost from the abuse of law enforcement officers committing acts of violence increasingly and at disparate rates against African Americans, Blacks, Hispanics, Indigenous and other people of color.

As I’ve mentioned in previous published statements, any form of hate, discrimination and racism is wrong and must end. Those participating in and benefiting from racial oppression and systemic racism must acknowledge and actively participate in educating others as well as in ending the practice.

So, as we celebrate this day and the freedom it represents, it is necessary for all Americans to take consistent actions working to ensure equality and justice for people of color.

Just as I mentioned last year, Social Workers play an important role and a have a duty to speak out against injustices whenever and wherever they may occur. As mentioned in a NASW article, “Social Workers have a professional and moral obligation to address and end racism. We are not able to be neutral.”

In addition, the Code of Ethics outlines a duty of respect among colleagues and peers and an ethical responsibility to engage in social and political action. Therefore, it is imperative in Social Work we actively recognize, educate, discuss and remove the many barriers that still exist limiting African Americans and other marginalized people from accessing the pursuit of life, liberty and happiness.

I encourage you to attend Juneteenth commemoration events and to take time to learn the history surrounding this day and the long and endless struggle of African Americans for justice. For Social Work students and professionals, this is part of the commitment and requirement to be a life-long learner. It doesn’t stop when you receive your degree; that’s just the beginning.

I also encourage you to actively work toward making this a more just society. Seek out literature, research, peer-reviewed academic journal articles and other sources of credible information to continue learning.  Then, your next step should be to participate in the UTA Juneteenth Celebration on Thursday, June 17. The event will be held at Brazos Park from 11:30 a.m. to 1:30 p.m. and will include speakers, food, entertainment and vendors. The event features Dr. Pamela “Safisha” Hill, Social Work adjunct assistant professor speaking.

In addition, the School of Social Work will post next week on our Facebook page and on our other social media platforms a pre-recorded video interview with Dr. Hill about Juneteenth.  Last year, Dr. Hill was the speaker for our jointly sponsored Juneteenth virtual event with the UTA Center for African American Studies. 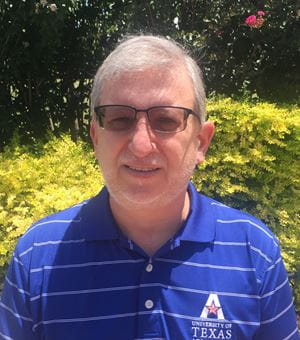