School of Social Work to confer 182 degrees at Spring Commencement 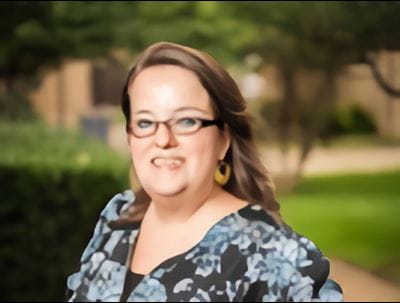 More than 180 Social Work students will receive their graduate and undergraduate diplomas during commencement ceremonies this week.

Among the 182 Social Work graduates will be two students Erin Findley and James Craig Keaton, who will earn doctoral degrees.

Findley has long wondered how she would feel during Friday’s commencement “hooding,” the ceremonial placement of academic regalia on doctoral candidates signifying the earning of the degree.

Both Findley and Keaton will both be hooded on Friday by Social Work Professor Dr. Regina Praetorius.

“I am guessing it will feel somewhat surreal,” Findley pondered last week about being hooded on stage at commencement. “I’m glad I’ll be up there with (Professor) Regina Praetorius and Craig, who both have been an integral part of my journey.”

"I have finally realized this life goal and dream and will be so grateful to celebrate with all of the people that have supported me along this journey,” Keaton said.

Post-graduation, Keaton hopes to land a position where he can counsel and mentor students in a college setting.

Commencement ceremonies begin at 11 a.m. Friday, May 13, at College Park Center, 600 S. Center St., in Arlington. College Park Center is a 7,000-seat, indoor arena on the University of Texas at Arlington campus. Family members and guests older than two must have tickets to attend.

The commencement speaker will be Texas State Rep. Jessica Gonzalez, D-104. Gonzalez is the first openly gay Latina elected to the Legislature from North Texas. Gonzalez recently was named one of USA Today’s Women of the Year, an honor which recognizes women who have made a significant impact the fabric of the nation.

Gonzalez serves as the inaugural vice chair of the Texas House LGBTQ+ Caucus. In 2021, she successfully blocked more than 75 “anti-LGBTQ+ bills” from becoming law in Texas.

Gonzalez is in her second term as representative for District 104, which includes parts of Dallas.

Later Friday, the colleges of Liberal Arts, Education and Science together will host commencement ceremonies.

On Thursday, the College of Nursing and Health Innovation will host two commencements. Saturday, the colleges of Business and Engineering will confer diplomas.

New UTA President Jennifer Cowley was scheduled to preside over commencement ceremonies for the first time. However, earlier this week, Cowley sent an email to university employees saying she had tested positive for the Coronavirus.