By UTA School of Social Work 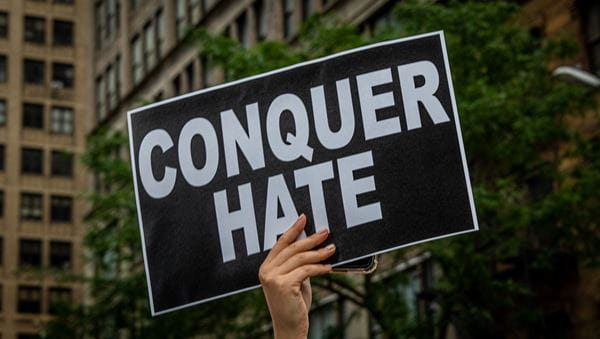 Photo Courtesy of Erik McGregor/Getty Images from article by Them

Yet again our country has endured another mass shooting at an LGBTQ+ nightclub.

This time Club Q in Colorado Springs, Colorado experienced the hatred of a mass shooter who killed five and injured 19 Saturday, Nov. 19.

This attack is reminiscence of the June 12, 2016 Pulse gay nightclub massacre in Orlando, Florida, where 49 people died and more than 58 were injured. Again, the shooter entered the club armed and with deadly intent.

The news of another mass shooting in a place where people go to seek safety and community is terrifying and is preventable.

Coincidentally or possibly intentionally, the midnight attack at Club Q coincided with the celebration of Trans Day of Remembrance on Nov. 20. Transgender Day of Remembrance is an annual observance recognizing the hate, destruction, and loss of transgender people’s lives due to hatred and violence.

The Club Q attack also happened on the 42nd anniversary of two attacks at LGBTQ+ bars in Greenwich Village on Nov. 19, 1980, in New York City. It is reported a shooter entered the Ramrod and Sneakers bars killing two and injuring six.

Prior to the club shootings in 1980, 2016, and 2022 there was a sustained increase of hate rhetoric coming from politicians, religious, and other so called community leaders. Prior to Club Q’s shooting this year, there has been an increase in anti-LGBTQ hate speech primarily from conservative politicians and rightwing organizations.

The correlation of increased hate rhetoric with an increase in violent assaults and attacks on the LGBTQ+ communities cannot be denied or ignored.

In fact, there is a long and shameful history of violence at LGBTQ+ clubs and establishments from the Stonewall Riots in 1969 to intentional arson in a New Orleans club in 1973 killing 32 to the Atlanta bombing in 1997 in the lesbian bar, the Otherside Lounge, injuring five, and the list goes on...

We must come together and organize against the spread of legislation that contributes to atrocities against LGBTQ+ people and other minoritized communities.

The social work code of ethics calls for social work practitioners to act on behalf of oppressed people and communities, and this includes the LGBTQ+ community in Texas and beyond.

It is the responsibility of us all to speak out loudly against individuals spreading hate and violence.

It is no coincidence the increase in anti-LGBTQ+ bills, laws, and political rhetoric parallels this increase in violence against LGBTQ+ communities across our country.