Throughout this year the UTA School of Social Work published a variety of statements and discussed ways to combat hate and discrimination.

In 2022, we highlighted our concerns of the increase in racism, discrimination, anti-LGBTQ violence, school shootings, transphobia, homophobia, and religious intolerance. Therefore, as we close out this year, we want to focus on a particular area that has seen a substantial increase in hatred and intolerance -- antisemitism.

Earlier this week the Jewish holiday of Hanukkah began (Sunday, Dec. 18 to Monday, Dec. 26).  This eight-day Jewish celebration known as Hanukkah or Chanukah commemorates the rededication during the second century B.C. of the Second Temple in Jerusalem, where according to history the Jewish people rose up against their Greek and Syrian oppressors in the Maccabean revolt. The celebration is often called the Festival of Lights and is celebrated by the lighting of the menorah. During this period Jews publicly celebrate their history, culture, and religion.

However, many this year are concerned about the public celebration due to the increase in antisemitism and violence against Jews. Following an audit of antisemitic incidents in 2021, the Anti-Defamation League (ADL) counted 2,717 antisemitic acts in the United States. This is a 34% increase from 2020 and the highest number on record since the ADL began tracking such incidences in 1979.

Therefore, during this holiday week Jewish and non-Jewish organizations have committed to raising awareness about modern antisemitism through education, community partnerships, workplace engagement and advocacy. The initiative is called Shine A Light and it “uses the powerful story of Hanukkah, the Festival of Lights, to champion the message that light can dispel darkness. It seeks to catalyze conversations within and across communities - on the ground and online - so that people will better understand what constitutes antisemitism and take steps to respond,” according to the ADL’s website.

These increases in shameful acts of hate, violence, and intolerance should concern all of us. Whether it’s antisemitism, anti-LGBTQ+, homophobia, racism or violence we all must come together and Shine A Light on this evil and destructive force in our society.

According to Social Work Professor Emeritus James W. Callicut, who published a history book in 2008 about the first 40 years of the UTA School of Work, “Commemorating 40 Years of Advancing Social Work Education,” the School of Social Work owes its existence to the lobbying efforts of several community organizations in the 1950s and 1960s, one of those most prominent was the Dallas Council of Jewish Women (now called the National Council of Jewish Women Greater Dallas).

The then Dallas Council of Jewish Women, the Community Council of Greater Dallas, the Women’s Council of Dallas County and the Junior League in the 1950s paved the initial way of advocating the state legislature to establish a graduate school of Social Work in North Texas.

Within a couple of years, the Tarrant County Community Council, the Rotary Club, Dallas County Child Welfare Division, Tarrant County Mental Health Association, Dallas Medical Board of Baylor University and the Dallas Chapter of the National Association of Social Workers joined the movement supporting the establishment of the School.

As a result of the advocacy of such organizations as the Dallas Council of Jewish Women, legislation passed in May 1967 and the Texas legislature appropriated funds to establish a graduate school of Social Work here at the University of Texas at Arlington.

During this week of Hanukkah and as part of the Shine A Light initiative, we want to thank the Dallas Council of Jewish Women who played a significant role in the establishment of our School and to pay it forward by strongly fighting against antisemitism and advocating for a more inclusive world with religious tolerance for all.

Let’s Shine A Light on anti-Semitism, hatred and bigotry and support these seven steps of taking action:

1. Share on social media how you #ShineALight on antisemitism.

2. Create inclusive and equitable workplaces where individuals of all identities and religious backgrounds can thrive. Encourage your workplace to take actions like supporting a Jewish Employee Resource Group (ERG) or integrating antisemitism education in your DEI work.

3. Encourage schools that you’re connected with to teach about antisemitism and the Holocaust through our education programs, digital courses and resources.

4. Participate in the Antisemitism 101 for the Workplace asynchronous online course and share with colleagues to help build an awareness and understanding of antisemitism in the workplace.

5. Learn about some of the most pernicious antisemitic myths – and how to address them – in Antisemitism Uncovered: A Guide to Old Myths in a New Era.

6. Watch Never Is Now videos and dive into the crucial conversations that took place at the world’s largest annual summit on antisemitism and hate.

7. Tell your Senators to fully fund Security Grant Program for Nonprofits to protect the safety of our synagogues, mosques, churches, temples and other houses of worship including communal gathering spaces on college campuses.** 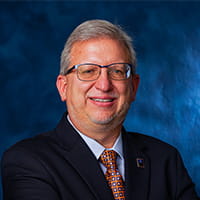 Video: History of the UTA School of Social Work
Narrated by Antwan C. Williams in 2019
https://www.youtube.com/watch?v=QMxawDg4ArM