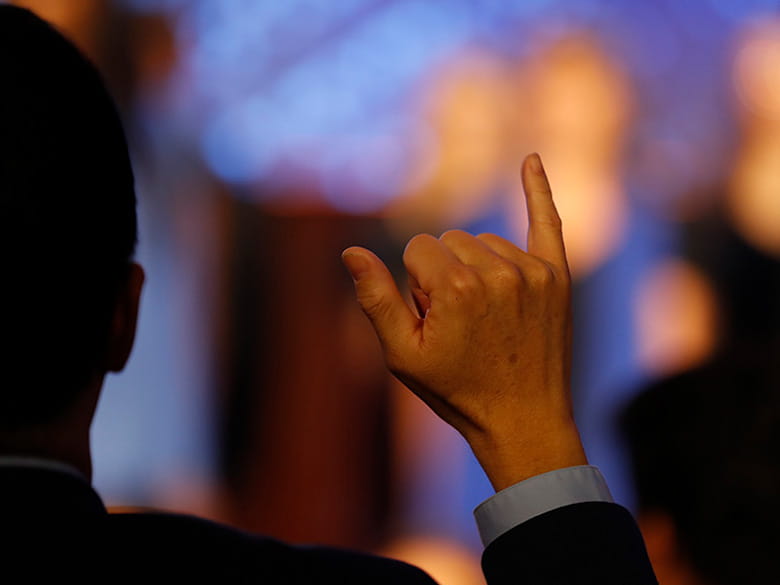 UTA College of Liberal Arts graduates can stay on top of the latest news by following the college on Facebook and Twitter. Sign up for our e-newsletter here to get periodic updates to your inbox.

The Distinguished Alumnus Award was established in 1965 to honor The University of Texas at Arlington graduates and former students who have made significant contributions to society and whose accomplishments and careers have brought credit to the University.

Tamara Hext Hilliard is the founder, CEO, and owner of Tay’s Gourmet, LLC, a growing gourmet granola company based in Texas. Tay’s Gourmet Power Granola can be purchased in more than 500 stores throughout the Southwest or online at www.taysgourmet.com. In 1984, she won the Miss Texas title and was fourth runner-up in the Miss America competition. Following her reign as Miss Texas and a brief time living in New York City, she earned her bachelor’s degree in radio/TV broadcasting from UTA. She has enjoyed a long career as a spokeswoman and as an actor in commercials, TV, and films in the Dallas area. Through Tay’s Gourmet, Ms. Hilliard has partnered with the Children’s Hunger Fund, donating both food and money. She is a registered yoga teacher and volunteers as a state judge for the Miss America Organization, the world’s largest scholarship organization for women. She and her husband, Jim Hilliard, have three sons.

Baron Concors is chief digital officer for Pizza Hut, an operating company of Yum! Brands. He’s responsible for digital technology, digital marketing, and digital ventures to ensure that Pizza Hut fully engages its technology-connected consumers. Previously he was chief information officer for Yum! Restaurants International, overseeing KFC and Pizza Hut information technology in more than 120 countries, as well as chief information and digital officer for Pizza Hut U.S. In 2009 Computerworld named him one of the Premier 100 IT Leaders in the world, and Forbes named the Pizza Hut iPhone application the No. 1 branded mobile application of the year. Prior to joining Pizza Hut, Concors was vice president of global retail technology for FedEx and held a variety of leadership positions at Deloitte LLP and Ernst & Young LLP. He earned a bachelor’s degree in anthropology from UT Arlington and an MBA from the University of Tennessee.

Jeff Leuschel is a partner in the Dallas office of McCall, Parkhurst & Horton L.L.P., representing clients in municipal finance transactions in Texas and Oklahoma. He has helped numerous Texas communities structure economic development public-private partnerships, including Alliance Airport, Texas Motor Speedway, the redevelopment of Dallas Love Field, and the construction of the Dallas Convention Center hotel. Texas Lawyer named him Public Finance Lawyer of the Year in Dallas in 2011, and he is an honorary member of the Government Treasurers Organization of Texas. He chairs the Video Association of Dallas Board of Directors and has served on the board of the Dallas Symphony Orchestra Guild. Leuschel earned a bachelor’s degree in political science from UT Arlington and a law degree from The University of Texas School of Law. A member of the UT Arlington Development Board, he has endowed a scholarship for graduate students in the College of Liberal Arts.

JoAnn Lee, who earned a bachelor’s degree in political science from UT Arlington, is assistant general counsel, global litigation for ExxonMobil and a member of the Law Department Management Committee. Her responsibilities include management of 150 employees and oversight of a global litigation and arbitration portfolio to protect the interests of the company's shareholders. Prior to joining ExxonMobil, where she has served in various management positions, she was a trial attorney for Union Pacific Railroad and chief prosecutor in the Harris County District Attorney’s Office. A graduate of The University of Texas School of Law, Lee serves on the Advisory Board of Corporate Counsel Women of Color and is a member of the Executive Leadership Council, Chief Litigation Counsel Association, Houston Bar Foundation, and Texas Bar Foundation. She also serves on the board at Family Services of Greater Houston and volunteers with Habitat for Humanity and other nonprofit organizations.

PREVIOUS RECIPIENTS OF THE DISTINGUISHED ALUMNI AWARD ARE LISTED BELOW:

The current outstanding alumni are listed below:

Dr. Cruzado-Salas is President of Montana State University. She previously was dean of the College of Arts & Sciences and executive vice president and provost at New Mexico State University.

Dr. Shaboutis curating the permanent collection and an Arab modernist exhibition for the opening of the Arab Museum of Modern Art in Doha, Qatar.

Mr. Peters was named national college Multimedia Journalist of the Year by the Center for Innovation in College Media at Vanderbilt University in 2009.

Dr. Brunk-Chavez is an Associate Professor of English at U Texas – El Paso received a UT Systems Regents Outstanding Teaching Award in 2009.

Is dean of the Emerging Languages Task Force at the Defense Language Institute Foreign Language Center in Monterey, CA.

Mr. Phillips stars in the films “La Bamba”, “Stand and Deliver”, and “The King and I on Broadway”.

Ms. Wynia is currently president of North Hennepin Community College. She was elected to serve the Minnesota House of Representatives from 1977-1989

Mr. McClellan is dean of Humanities and Social Sciences at the Alexandria Campus of Northern Virginia Community College. He is in his seventh term as commissioner of human rights for the city of Alexandria, VA.