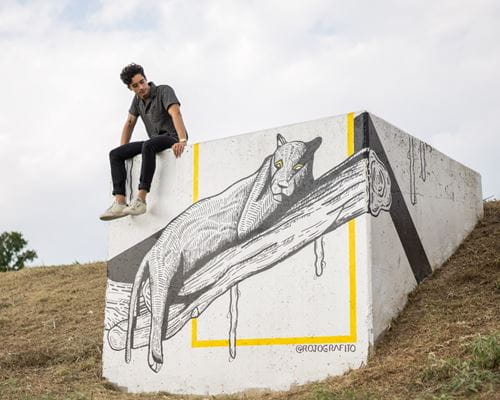 Fernando Rojas Cervantes, current School of Architecture student, was featured in the Fort Worth Report Newsletter to explain the life experiences and adventures that influenced his art. Cervantes was born and raised in Guadalajara, Mexico for the first 17 years of his life. “Growing up, I had an interest in exploring and playing with my creativity: reading, puzzles, and sketching were my daily hobbies." Cervantes recalls his early exposure to music, museums, and architecture from his family’s appreciation for the local art and culture. However, Cervantes encountered an unexpected change when his family moved to Fort Worth in the middle of his high school studies.

The drastic move to the United States exposed Cervantes to a culture shock when he started his last year of high school at Arlington Heights High School. Cervantes’ mind was opened to new people, cultures, ideas, and way of life from his foreign point of view. The life-changing experience influenced Cervantes to test his luck and travel after graduation until he realized what he wanted to study in college. Again, Cervantes experienced a new culture and learned unexpected lessons when he traveled to Vancouver, British Columbia. Cervantes was out of his comfort zone with a wild ride of experiences that allowed him to discover himself, forge independence, and strengthen his confidence. 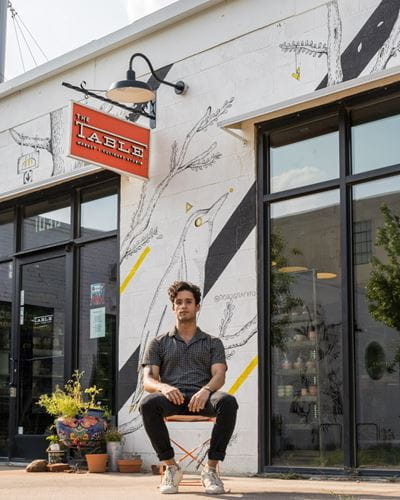 Then, Cervantes moved to Kansas City with his family to release his creative drive and refine his skills until he returned to Fort Worth to enroll in the UTA architecture school. Cervantes learned technical skills and explored various mediums in his studio courses. The final course project challenged Cervantes to create something bold and expressive out of his comfort zone. Eventually, Cervantes produced “Grasp” to portray emotions through anatomy. Cervantes potential was recognized by the owners of The Table Market, who asked him to paint his first mural “The Bird.” The support of friends and family expanded Cervantes’ work to feature “The Panther” in the Trinity Trails mural gallery, “Hereford” in San Antonio, and “The Garden” in The Texas White House in Fort Worth. Cervantes feels proud to participate in his community as it grows and awaits greater things.

“My drive to paint is fueled by a sense of belonging to the community and an aspiration to participate, share ideas, and give back through my work, as well as continuing my growth as a visual artist and designer,” says Cervantes. “Using the skills I had learned in architecture school, I design my murals around the context of where they are going to live. The inspiration for every piece is unique, and it is distilled form the character of the place where I’m painting it, aiming to represent it and blend space with artwork.”

In the coming years, Cervantes plans to finish his studies and continue to challenge himself in the design field either in architecture or muralism. Cervantes would love to travel and paint in new places, especially his home in Mexico. 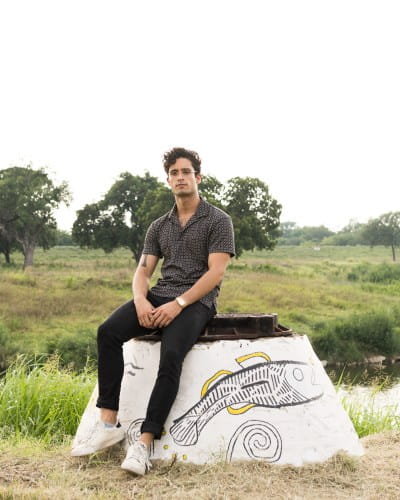