The University of Texas at Arlington offers a Bachelor of Music degree with emphases in both Music Media and Music Business and a Bachelor of Art in Music with an emphasis in Music Industry Studies. These programs are designed to give students the skills necessary to succeed in music industry careers. They combine long-established principles of musicianship with analog and emerging digital technologies used in the current music industry. Students in the MIS program are taught by an award-winning faculty, given access a major recording facility featuring state-of-the-art technology, and get hands-on experience running the UTA Student Records recording label.

The Bachelor of Music in Audio Production is designed for musicians wanting to pursue a career in audio production. Students take classes in Digital Music Technology, three semesters of Recording Techniques, Business of Music, and Introduction to Musical Acoustics. Students can also take Sound and Post-Production, Theater Sound Design, and Music in Film, among others. Critical listening, audio recording techniques, combining MIDI and audio, editing, and multitracking are just a few of the skills students learn at UTA. Using Studio 301 and Irons Hall, students learn how to record diverse genres of music, such as classical music, jazz, and pop/rock. We believe the best audio engineers combine the ears of a musician with the technical capabilities of an engineer.

Interdisciplinary in nature, Bachelor of Music students in the Music Business program at UTA take courses both from the Music Department and from the College of Business. The program is designed to prepare musicians to work in management, public relations, entertainment law, representation, publishing, marketing, accounting, and other areas of the music industry. Students take courses in the music business, digital music technology, and basic audio recording, as well as various courses from the Business Department.

Bachelor of Arts in Music

The Bachelor of Arts in Music with an emphasis in Music Industry Studies is a liberal arts degree for musicians seeking a broad education in music, music production, and the music business. The program combines musicianship courses, recording technology, and business courses with various electives for students interested in pursuing career paths in the music industry that include music producer, audio engineer, film composer, sound designer, A&R representative, music marketing specialist, live event producer, and other music business careers. The program also focuses on entrepreneurship and developing emerging artists and music producers for the commercial music market

As of Spring 2009, the Music Department has a new recording studio. Studio 301 utilizes the latest in engineering technology and is able to record a wide range of music in an isolated and professional environment.

Multitrack Machine, Mixing Board, and Converters 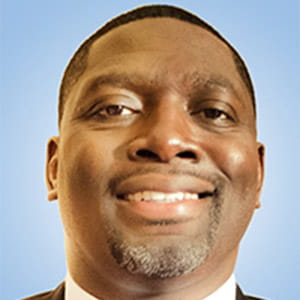 Bio: A Philadelphia native, Jamar Jones, according to Jonathon Sprinkles, "is a guy that has been a part of all of our lives in some way without us realizing it." Since 1996, Jamar has been trusted to work with and for some of the music industry's most respected brands as a producer, composer, arranger, and musician to an impressive list of artists that includes Boyz II Men, Musiq Soulchild, Jill Scott, Jamie Foxx, Mary Mary, Usher, and the legendary Ms. Patti Labelle. Recognized as a child prodigy, Jamar started playing the piano at the age of 4 years old when his mother purchased a piano for the home following the death of his father in 1981. The piano that was purchased from the Cunningham Piano Company in Philadelphia "became the tool through which I would express all my emotion" states Jones. After attending initial study at the West Oak Lane School of Music, Jamar quickly progressed to being recognized as a young gifted performer through winning the best soloist awards at several stage band competitions in junior high. Eventually, the recognition for Jamar Jones as a dominating young performer would lead to an invitation to be a part of the City of Philadelphia's premier high school jazz students' Philadelphia All-city Jazz Band. It was his participation in the All-city Band that led to his induction to the Grammy All-American High School Jazz Band in 1994 and 1995. While a freshman at Temple University, Jamar co-wrote and co-produced the song, Dear God, for the Grammy nominated Boyz ll Men album Evolution. Jamar continued to work for several years as a producer with many artists but one major highlight of this tenure was producing the theme song for the movie, Hurricane, which starred Denzel Washington and was performed by Boyz II Men with The Philadelphia Orchestra. He has served as a musical director for both stage artists and a diverse range of theater and film projects over the previous 20 years. Jamar has lent his talents as a producer, arranger, composer, and musician to: Mary Mary, Kindred, Myron Butler, Tamela Mann, Kanye West, Janet Jackson, Jamie Foxx, Deitrick Haddon, Crystal Aiken, Vickie Winans, T.D. Jakes, Usher, Fantasia, Mario, Claudette Ortiz, Floetry, Bruce Parham, Vivian Green, Voices of Theory, Jill Scott, Fred Hammond, Richard Smallwood, Syleena Johnson, The Rickey Minor Band, Patti LaBelle, Denise Rich, Al Kasha, Rihanna, Eminem, P. Diddy, Kim Burell, Steven Ford, Warryn Campbell, Adam Blackstone and others.

Hal Fitzgerald, BS in Music, the University of Oklahoma 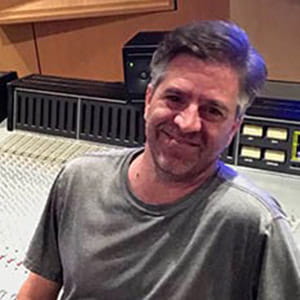 Bio: Hal Fitzgerald has been engaged in audio production for over 26 years as a musician, recording engineer, producer, and educator. Mr. Fitzgerald has collaborated with some of the music industry’s finest artists such as Lauryn Hill, Kelly Clarkson, Erykah Badu, and Vanilla Ice. Mr. Fitzgerald was co-owner of the massive Texas studio complex, Maximedia Studios, which hosted some of the world’s most notable artists, such as Timbaland, Justin Timberlake, Miley Cyrus, The Jonas Brothers, Mariah Carey, and many more. He holds a Bachelor of Music degree (BS) from the University of Oklahoma and a Specialized Associate degree from Full Sail Center for the Recording Arts. Mr. Fitzgerald is currently an Assistant Professor of Practice at The University of Texas at Dallas and Adjunct Professor of Audio at The University of Texas at Arlington as well as an Avid Certified Instructor for Pro Tool 101 & 110 and Pro Tools Games Audio 130. 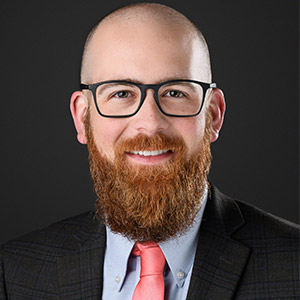 Bio: Mr. Meyer began his musical education at a young age in his native Wisconsin with Piano lessons and Trombone lessons. He attended the University of Wisconsin as a music major, eventually transferring to the University of Miami. While at Miami, Mr. Meyer played in the Wind Ensemble and Symphony Orchestra under famed conductor Frederick Fennel. After adding Bass Trombone to his instrument list, he became the Bass Trombonist in the award winning Concert Jazz Band. During this time, he also was active in the orchestras in the large Miami Hotels performing with the likes of Tony Bennett, Liza Minnelli, Tom Jones, The Spinners, and many other major artists. Eventually resuming his studies, he completed his Bachelor of Music degree Summa Cum Laude and His Masters in Music Education from UTA. He continues to be active as a performer on Trombone, Bass Trombone, Euphonium, and Tuba. He is also an experienced audio engineer and accomplished at many different software platforms for music notation, MIDI, and recording.

Bio: Tom lives in Fort Worth, Texas and he is originally from Brookings, South Dakota. His website address is: tomburchill.com. Tom Burchill is a professional guitarist, teacher and award-winning jazz band director, gifted arranger and composer in the Dallas/Fort Worth area. An active freelance guitarist, he performs frequently throughout the metroplex and has impacted many lives through his teaching and his music. Tom teaches private guitar at the University of Texas at Arlington. Tom held the position of jazz band director at Weatherford College for 13 years. He is a highly sought-after clinician and private instructor and teaches at jazz education camps each summer. During his tenure as a jazz educator he has had the privilege of performing with a variety of jazz artists including Clark Terry, Peanuts Hucko, Joey Defrancesco, Randy Brecker, Peter Erskione, Marcel Ivory, David Fathead Newman, James Clay, Marvin Stamm, John Fedchock, Bill Watrous and Phil Woods among others. An excellent, motivational teacher, Tom is proud of the students he has had the privilege to teach. Altogether, his former students have won more than 20 Grammy awards and have gone on to play with such artists as Snarky Puppy, Count Basie Orchestra, Wynton Marsalis, The Lincoln Center Band, Leon Bridges, Little Big Town, Tori Kelly, Miranda Lambert, Kirk Franklin, Toby Keith, Erika Badu, Prince, Snoop Dogg, Frank Foster, Mumford and Sons, Tedeschi Trucks Band, and Sheryl Crow. Tom has performed with a number of revered artists and was honored to accompany the late, great Luciano Pavarotti in February of 2002 at his performance at the American Airlines Center in Dallas, Texas. He plays regularly with the Fort Worth Symphony where he has performed with artists such as Willie Nelson, Bernadette Peters, Michael Feinstein, Monica Mancini, and Art Garfunkel. Tom is also a member of the local group, Brasuka which plays original Brazilian jazz in a style reminiscent of Sergio Mendez. Their first project of all original compositions is to be released in the fall of 2021. They performed at the JEN conference in Dallas (2018), the Denton Arts and Jazz Festival (2019), and play frequently at The Kitchen in Dallas as well as other venues around the Dallas and Fort Worth area. Burchill earned a Bachelor’s degree in Guitar Performance from the University of South Dakota and a Master’s degree in Jazz Education at the University of North Texas where he was a part of the jazz bands, jazz small groups, guitar ensembles and jazz singers. 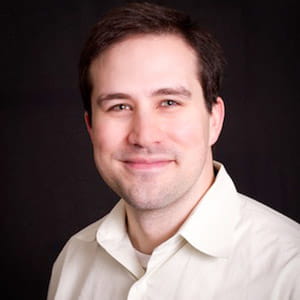 Bio: Brian Mulholland is an adjunct instructor of jazz bass and music business at the University of Texas at Arlington. Since 2007, he has served UTA variously – from lecturing in jazz history and music appreciation to directing instrumental and vocal jazz combos. As a bassist, he toured with the late jazz artist Maynard Ferguson. During his tenure with the band, Mr. Mulholland's debut album, Deco (2005), was featured in the Maynard Ferguson Presents Series. His recorded performance highlights include Ferguson's Grammy®-nominated* studio album,The One and Only (2007), and the Maynard Ferguson Tribute memorial concert DVD (2007). He has held bass clinics in the U.S. and Canada, judged for jazz ensemble festivals, and performed at International Association of Jazz Educators (IAJE) and International Society of Bassists (ISB) conferences. During his final year at the University of North Texas (UNT), he taught electric bass lessons as a graduate teaching assistant of jazz bass. Mr. Mulholland holds degrees from the University of South Carolina (B.M., magna cum laude) and the University of North Texas (M.M.) in jazz studies. * 2007, Best Instrumental Arrangement: “Besame Mucho,” arranged by Steve Wiest. GRAMMY is a registered trademark of The National Academy of Recording Arts and Sciences, Inc.

We strive to provide each student an opportunity to work with and learn from the highest quality instructional staff from around the nation.
Learn more about Camps and Workshops