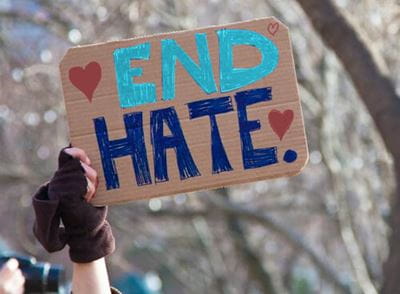 Please see the Dean’s Addendum to this statement published May 26 regarding the mass shooting that took place May 24 at Robb Elementary School in Uvalde, Texas (five days after publishing this original statement).

Again, in our country there have been multiple mass shootings in the span of just a few days.

On May 14, a mass shooting occurred in Buffalo, New York, at a Tops Friendly Markets store. Ten people were killed, and three others were injured; 11 of the victims were Black. The shooter, reportedly an 18-year-old White male, livestreamed the hateful attack on Twitch. According to news reports, the shooter researched and picked the specific time of day it would be most crowded, and in a neighborhood with the highest density of African Americans.

In the last few years, there has been a reported increase in multiple shootings where the motivation was based on the hatred of a person’s perceived race, ethnicity, or religion. African Americans, Asian Americans, Hispanic Americans, Muslim, Jewish, and LGBTQ+ Americans have been frequent victims.

This we know: Mental health services must be affordable and available to all, particularly the victims. Instruction in basic kindness, respect for others, appreciation for diverse ideas, thoughts, opinions must not continue to be politicized.

Hate, which fuels racially motivated murders, is something taught and learned and is separate from mental health concerns. Often the news media and others jump to mental health as the issue, which those suffering from most mental illnesses are less likely to commit violent crimes. When we characterize these perpetrators as having mental health challenges, we increase the stigma associated with seeking out help and we justify their murderous actions.

It is true. We must have healthy discussions over how to prioritize these needs and take appropriate action. These actions must be ground moving, not minor tweaks here and there. So where to begin? Where do we start to address or, rather, combat anti-Blackness, anti-Asian, anti-LGBTQ+ and hate against refugees, people seeking asylum, and undocumented immigrants (primarily people of color) in which we have found ourselves in once again in this nation?

First, we must state clearly and loudly that these racially motivated crimes are based on hate and are acts of domestic terrorism. We must confront this like our country did after 9/11 with the Global War on Terrorism. Children are not born to hate. They are raised in environments where hate is the main course at the family dinner table.

The notion of educating children about diverse cultures, religions, people, and beliefs should not be politicized or made to be something bad. We must not be afraid to teach the history of our country: the good, the bad, and the ugly. This lack of education and acknowledgement spurs hatred, de-humanizes groups of people, and breeds more intolerance.

Some argue there is a shame or feeling of guilt on the part of White people based on their children and other adults learning the history of slavery, Jim Crow Laws, killings (lynching), and theft of property perpetrated on African Americans, Native Americans, Asian-American, and others in our country.

The guilt and shame should be in not teaching it. The things this country did to specific groups of people and the current system it is built upon that continues hurting specific races and ethnicities, as well as marginalized, and disadvantaged populations should be addressed.

Second, truth and reconciliation must take place. The acknowledgement of past racial evils, white privilege, and the current laws, policies, and systems that continue to hold groups back must lead the discussion with the understanding that changes will need to take place in how we approach such things as policing, education, housing, and child welfare.

The current hate rhetoric and dog whistle is called replacement theory. This thinking must be called out for what it is – racist and wrong. This hate leads to violence.

Third, the conversation and action must also address the proliferation and easy access to guns and automatic rifles. Gun violence causes trauma on the individual, families, racial groups, houses of worship, education system, and our communities. Among the resulting conditions of gun violence – and associated mass shootings – are anxiety, depression, and PTSD (Post Traumatic Stress Disorder).

May is Mental Health Awareness Month and according to the Congressional Research Service and Occupational Employment Statistics more than 60% of mental health services in our country are provided by Clinically Licensed Social Workers (more than psychiatrists, psychologists, and psychiatric nurses combined).

We must advocate for banning or limiting access to assault-styled weapons and broaden health care coverage to include no-cost mental health services, substance misuse treatment and health care in general.

We must advocate against those who spread lies and mischaracterize Critical Race Theory, while at the same time we must debunk the hateful and evil beliefs of replacement theory and other radical and racists ideology.

All resources must be used to eliminate hatred which is all too quickly spreading across this country and raising another generation of children in such environments.

What better time to start than now during Asian Pacific Islander American Heritage Month and with the knowledge of knowing by the time you finish reading or hearing this statement, sadly another mass shooting has probably occurred in our country. 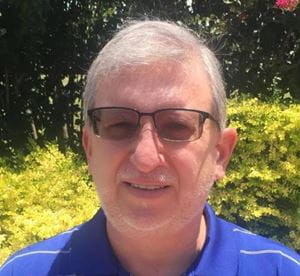