As is the case with many Social Work organizations and professionals, we are shocked, appalled, and dismayed with the U.S. Supreme Court's recent ruling on abortion rights.

As a result of this decision, the Constitutional right of pregnant persons to access safe abortions, which we considered a basic reproductive health choice that had been legal for nearly 50 years, has been ruled unconstitutional.

“CSWE does not agree with the Court’s decision,” the Council on Social Work Education wrote last week, in reaction to the 5-4 Supreme Court vote overturning Roe v. Wade.

“Simply put, Roe v. Wade aligned with Social Work competencies by ‘ensuring dignity and respect for all’ by allowing women and people who can become pregnant to make private decisions related to their health and medical needs.”

Mel Wilson, the organization’s longtime senior policy advisor, who now is retired, wrote that the anticipated overturning of Roe v. Wade would have ramifications “well beyond broad protection of abortion rights.”

“For millions of Americans – especially people of color who are women, transgender or non-binary - reversing Roe v. Wade will be a life-altering decree,” Wilson, a licensed clinical Social Worker, wrote on NASW’s Blog page.

The facts are clear: People of color receive abortions at higher rates than their White peers, Wilson wrote. Statistics from the Kaiser Family Foundation support this statement.

What is often left out of this discussion is, with the overturning of Roe v. Wade, health experts predict our already high maternal mortality rate will increase exponentially.

Where are the policies and programs to address this?

In addition, the consequences of the overturning of Roe v. Wade affect a person’s right to self-determination, body autonomy, and privacy.

Other additional concerns with the decision relate to comments Justice Clarence Thomas wrote in his concurring opinion in the Dobbs v. Jackson Women’s Health Organization, the case that overturned Roe v. Wade.

Social Work values, written in the NASW Code of Ethics, stipulate we “act to expand choice and opportunity for all persons with special regard for disadvantaged or oppressed groups and persons.”

“The Social Worker should not engage in any action that violates or diminishes the civil or legal rights of clients,” the Code of Ethics directs.

Social Workers must act immediately and decisively to influence state legislators to create laws that broaden people’s reproductive choices – not limit them.

In 1992, Alice Lieberman and Liane V. Davis, writing in an NASW publication, called on Social Workers to “participate in the dialogue on reproductive rights in our own states.”

The call is not new. Our profession dictates as much. We all should answer.

We should be committed to ensuring every person will have independence in making decisions about their body and their life. 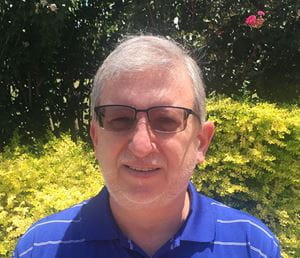