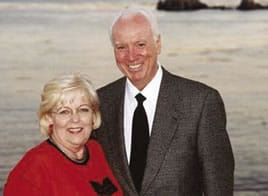 John Goolsby traces his achievements in the corporate world to the solid foundation he received as a UT Arlington student in the early 1960's.

“Whatever successes that I accomplished during my business career started with the education that I received at UTA,” said the former president, chief executive officer and director of the Howard Hughes Corp. “The professors provided a great base for me to build my career around.”

When Goolsby (’64 BBA) got the chance to give back to his alma mater, he didn’t hesitate.

In 2003, an anonymous donor funded a $2 million gift—at the time, the largest in UT Arlington history—in honor of Goolsby and his wife, Judy, to establish the Goolsby Leadership Academy and Goolsby Distinguished Professorships in the College of Business.

“I was fortunate to have the opportunity to direct a major gift to the University. I am extremely thankful to the donor,” Goolsby said. “This gift will create a unique opportunity to make a real difference in the educational experience offered to the students selected to participate.”

Higher education has made a difference in the lives of the Goolsbys and their children. It’s one of the most important investments a young person can make, Judy says, and can never be taken away. “A college education teaches you how to learn, and you never stop learning after that.”

Students in the academy, which began operation Fall 2004, are chosen based on their academic record and leadership potential. “This program will be considered a success, in my opinion, if these students are successful on their own in the careers that they’ve chosen,” John said. 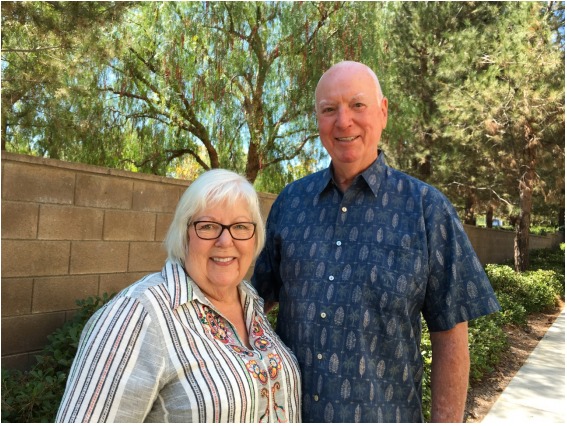 John Goolsby, who worked as a brick-layer for his father-in-law during high school and college, was born in Hughes Springs, Texas but moved to Fort Worth with his parents when he was two. His father was a machinist with General Dynamics Aircraft, and Goolsby credits his father's example of hard work and deep religious faith as being instrumental in teaching him the basic ethics of living and doing business. As a first generation college student, he studied business and accounting at UTA. After college he worked as a management trainee at Southwestern Bell and went on to establish his own real estate firm in San Antonio.

Goolsby joined the Hughes organization in 1980 as vice president of real estate and directed the company’s transition from a diversified entity to a focused regional real estate investment and development company. He was later appointed to President in 1988, and was named President and CEO in 1990. He retired in 1998.

“Alumni who have been successful need to come back and share that success,” he said. “Private support gives you that margin of excellence that any great university needs.”

An Interview With Judy And John L. Goolsby

Meet the Scholars of the Goolsby Leadership Academy 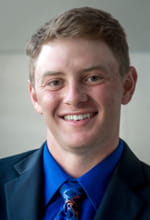