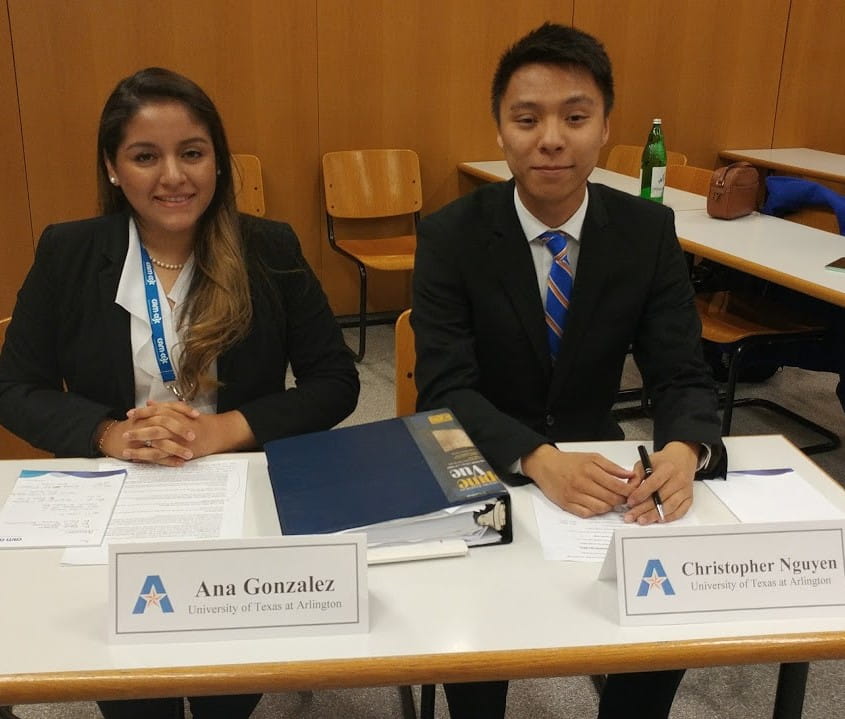 As a member of the UTA Arbitration team, students learn how to settle disagreements without going to court, and they have the unique opportunity to compete with 300 schools from 80 different countries around the world at the Willem C. Vis International Commercial Arbitration Moot tournament in Vienna, Austria.

Late in the Spring semester, teams audition and interview to be chosen to go to Vienna. Selected students will spend the summer months becoming acquainted with the arbitration process and international commercial laws. In the Fall, students will research and draft Claimant and Respondent Memoranda based on a problem released by the International Problem Committee. In the Spring, students prepare oral arguments and face off against four international teams for a chance at claiming a title for the United States and UTA.

Click here to read the COLA article about the 2011 team.

In 2016, a team of three seniors and one junior, coached by SMU Dedman School of Law alumnus and Dallas Attorney Mercy McBrayer, traveled to Vienna for oral arguments during Easter weekend. Ramon Hernandez, Ana Gonzalez, Ian Klein and Karina Loya faced off against teams from Belgium, Romania, Germany and Japan. Students learned to research case law and develop oral arguments in a dispute regarding the sale of wine between companies under the governing Arbitration Rules of the Vienna International Arbitration Center.

Click here to read the university article written about the team in UT Arlington Magazine.

In 2017, a team of three senior students, coached by returning coach, Dallas Attorney Mercy McBrayer, traveled to Vienna for the 24th Annual Willem C. Vis Commercial Arbitration Moot in April after submitting a Claimant and Respondent Memorandum in a dispute regarding the sale and distribution of fan blades under the Arbitration Rules of Arbitration Center of the Chamber of Commerce Brazil-Canada. 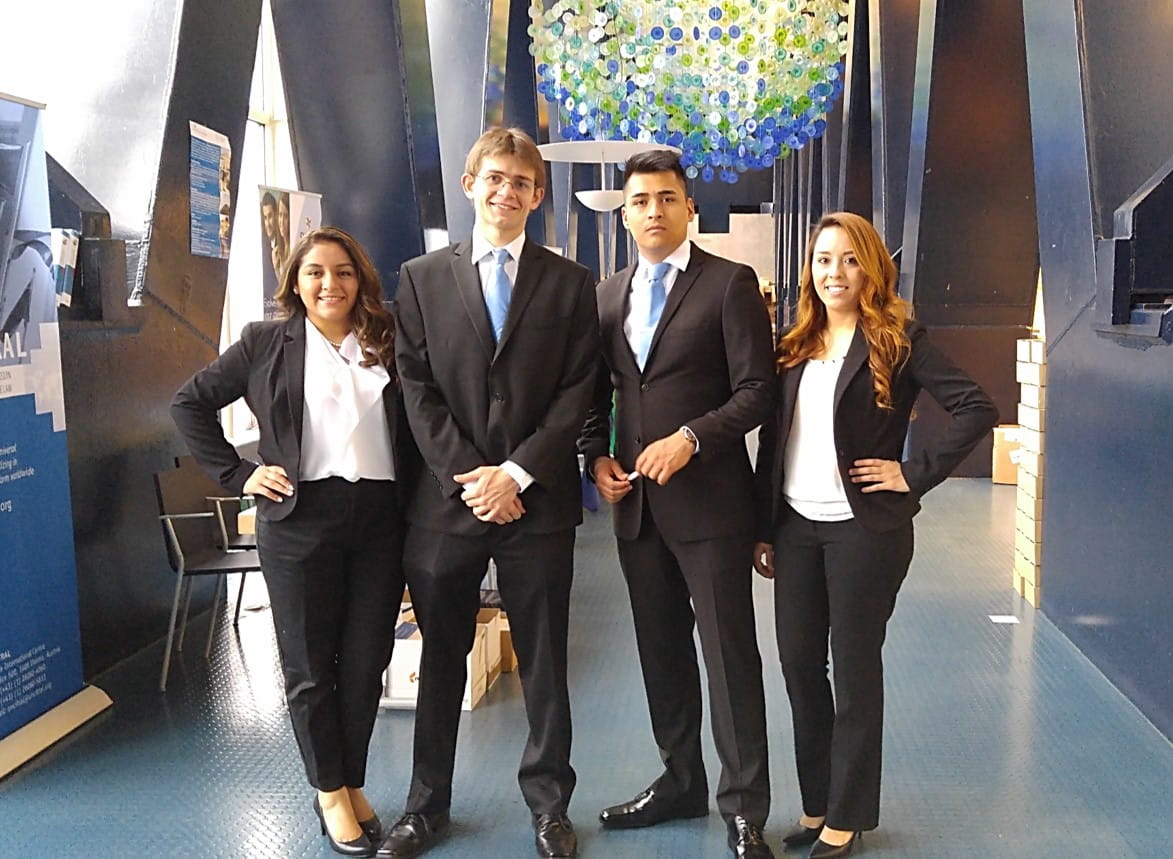 Due to the advanced skill and commitment required to compete at this level, only experienced upperclassmen are invited to participate. If you will be a junior or senior next fall and would like to audition for a spot on the international team, please contact prelaw@uta.edu.

Can I participate on the team if I don’t want to travel to Vienna?

Absolutely. If you want to learn about legal research and writing, skills necessary for any law student and lawyer in practice, this is a great opportunity for you to grow and develop those skills. Memo-writers can have full credit for participation on the team. It is a wonderful alternative for those who are unable or otherwise uninterested in international travel.

What if I don’t have a passport?

To travel with the team, you must have a valid unexpired passport. In some cases, students who are not U.S. citizens may require a Visa to participate in oral arguments in Vienna.

Will I have to pay for travel or housing?

Students will be responsible for assisting in the fundraising process prior to traveling but are otherwise only responsible for the cost of meals and personal ground transportation where necessary if adequate funds are raised.

How long does the moot last?

Students will write memoranda for 4 months during the Fall semester.  The spring international moot arguments and competition rounds last just over a week. Students participating in oral arguments and rounds should expect to spend between 8 and 10 days abroad.