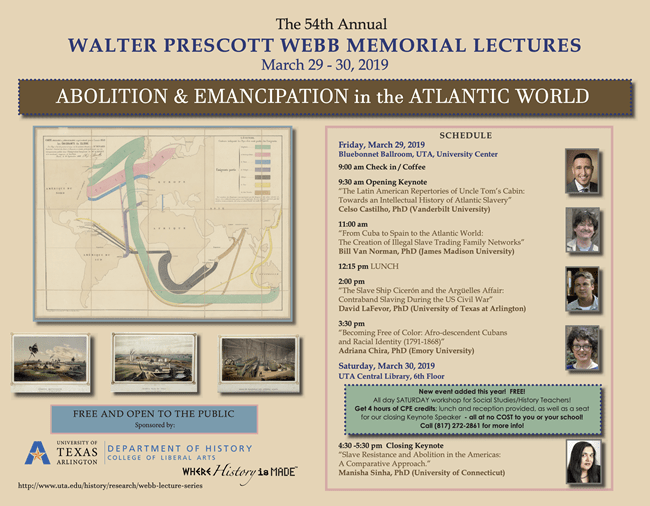 "ABOLITION AND EMANCIPATION IN THE ATLANTIC WORLD"

The 54th Annual Webb Lecture Series “Abolition and Emancipation in the Atlantic World” features new research into the histories of slavery and resistance, capitalism and world trade, and the transnational movement of ideas within the period known as the “Second Slavery.” During and after the Atlantic Revolutions more Africans and African-Americans were enslaved than ever before. The lectures in this series examine these events in the United States, Africa, Cuba, Brazil, and Europe. They provide new insights into the emergence of modern concepts of race, diplomacy, human rights, nationalism(s), popular culture, and citizenship.

2:00 pm - “The Slave Ship Cicerón and the Argüelles Affair: Contraband Slaving During the US Civil War” David LaFevor, PhD (University of Texas At Arlington)