View the current season productions for the Department of Theatre Arts & Dance and purchase tickets.

Where can I purchase tickets?

Please visit the box office to purchase tickets for the performance of your choice. 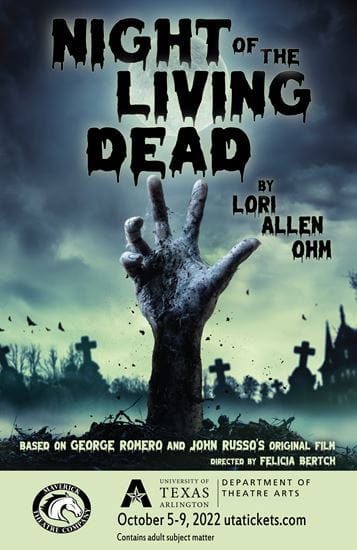 NIGHT OF THE LIVING DEAD by Lori Allen Ohm

Based on George Romero and John Russo’s original film.

The unburied dead have suddenly started reanimating and are terrorizing the earth! A group of strangers trapped in an isolated farmhouse and held hostage by the ravenous, flesh-eating zombies, begin to turn on each other as the dead encroach. Horror ensues in a play that brings all the fright of the cult classic to life.

This production contains zombie violence, including gunshots, and a few instances of adult language. Recommended for 12+ unless your child is particularly sensitive. 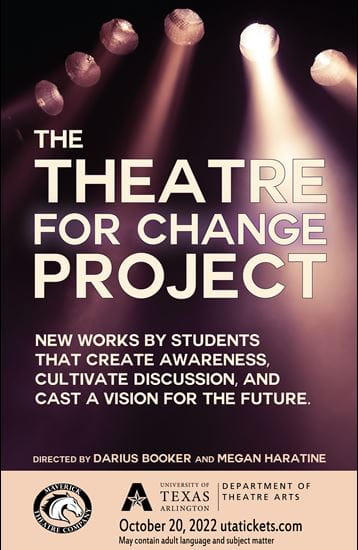 THE THEATRE FOR CHANGE PROJECT

The Theatre for Change Project presents new works by students that create awareness, cultivate discussion, and cast a vision for the future.

This event does not require tickets.

This production may contain adult language and subject matter. 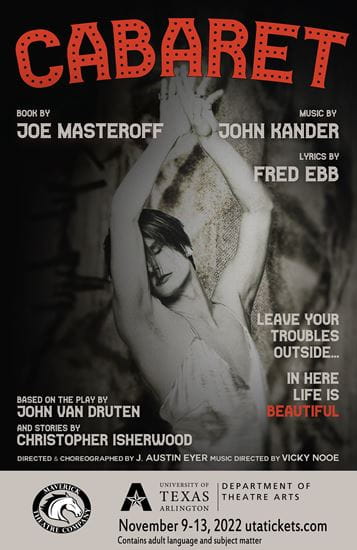 Based on the 1998 Broadway revival, Cabaret is set in 1920s Berlin where countercultures flourish and go to mix each night at the Kit Kat Club. As politicians fight to rebuild Germany amid economic turmoil, a Master of Ceremonies assures the audience that they will escape all their troubles. Cliff, a young American writer newly arrived in Berlin, is immediately swept up by the city and English singer Sally Bowles. Meanwhile, Fräulein Schneider, proprietor of Cliff’s boarding house, tentatively begins a romance with Herr Schultz, a humble fruit seller who happens to be Jewish. As the Third Reich rises to power, the life of the cabaret and its patrons is threatened. How long can they ignore what is happening around them? Exploring adult themes of sexual liberation, white supremacy, and a woman’s right to choose—Cabaret is a darker style of musical comedy. The Tony Award-winning score by John Kander and Fred Ebb includes numbers like "Willkommen," "Cabaret," "Don't Tell Mama," and "Two Ladies."

This production contains mature content and adult situations.  Recommended for ages 13 and up. 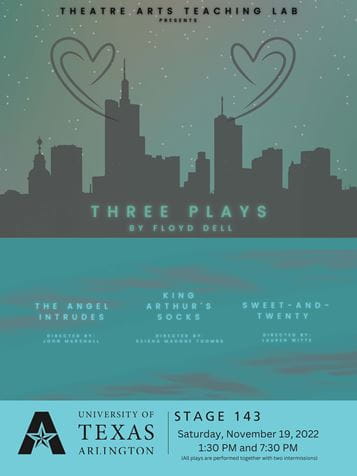 Three plays performed together with two intermissions at each performance.

No UTA student comp tickets will be offered for this event. 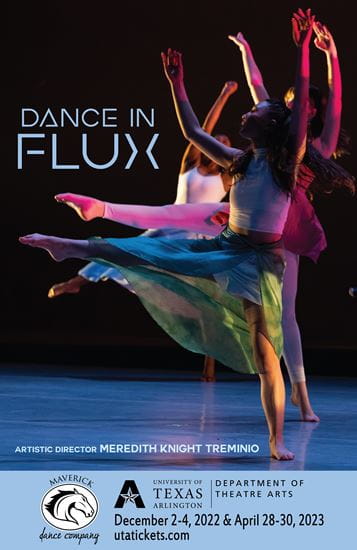 Maverick Dance Company presents Dance in Flux, a collection of new, entertaining, and progressive dance works by faculty, guest, and student choreographers. DANCE IN FLUX centers on an awareness of the present moment and a perspective that dance is in a continuous state of change.

Note to our photosensitive viewers: This production uses lighting and props that may create a strobing effect. 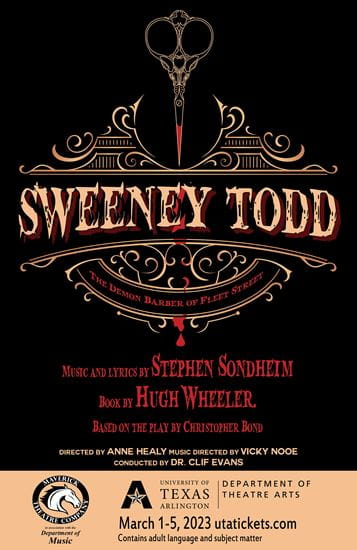 Music and lyrics by Stephen Sondheim. Book by Hugh Wheeler.

Based on the 1973 play “Sweeney Todd, the Demon Barber of Fleet Street” by Christopher Bond.

An infamous tale, Sweeney Todd, an unjustly exiled barber, returns to nineteenth century London, seeking vengeance against the lecherous judge who framed him and ravaged his young wife. The road to revenge leads Todd to Mrs. Lovett, a resourceful proprietress of a failing pie shop, above which, he opens a new barber practice. Mrs. Lovett's luck sharply shifts when Todd's thirst for blood inspires the integration of an ingredient into her meat pies that has the people of London lining up... and the carnage has only just begun!

This production contains theatrical depictions of violence, death, physical abuse, and sexual assault. It may not be suitable for preteens.

TWO STORIES ABOUT THE SAME MIRACLE

With Choreography by Donald Shorter. 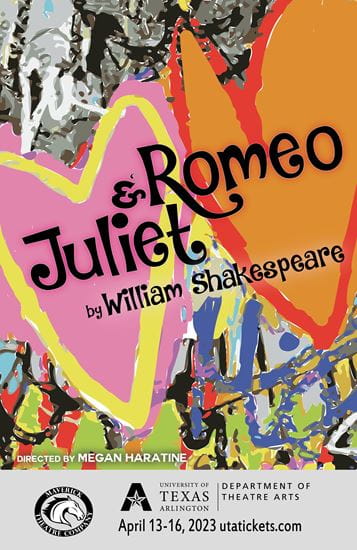 An age-old vendetta between two powerful families erupts into bloodshed in this powerful romantic tale. Two young Italian, star-crossed lovers, one from each feuding family, face uncertainty in their struggle to be with one another. It was among Shakespeare's most popular plays during his lifetime and is one of his most frequently performed plays.

Maverick Dance Company presents Dance in Flux, a collection of new, entertaining, and progressive dance works by faculty, guest, and student choreographers. DANCE IN FLUX centers on an awareness of the present moment and a perspective that dance is in a continuous state of change.

Note to our photosensitive viewers: This production uses lighting and props that may create a strobing effect.